FIA should not be a ‘platform for private personal agenda’, says president

The ban on Formula 1 drivers making non-neutral statements without permission was introduced to avoid using “the FIA as a platform for private personal agenda”, according to its president.

Last month, the FIA updated its International Sporting Code to prohibit drivers in all its championships from making “political, religious or personal” statements or comments that go against the neutrality outlined in its statutes unless they have permission.

In recent years, a number of F1 drivers have used their platforms to speak up about important issues such as LGBTQ+ rights, human rights and environmentalism, with Lewis Hamilton and Sebastian Vettel being two of the most vocal figures.

While the move was explained as formalising a process that is already in place, comparisons were drawn with FIFA’s clampdown on similar statements ahead of the FIFA World Cup by creating the possibility for sporting sanctions.

Speaking to select media including Autosport at the Dakar Rally, FIA president Mohammed Ben Sulayem said the change was “done with the acceptance and consultation and approval of the World Council”, noting the importance of neutrality.

“I am a big believer in the sport,” said Ben Sulayem.

“We are concerned with building bridges. You can use sport for peace reasons and all of this.

“But one thing we don’t want is to have the FIA as a platform for private personal agenda. We will divert from the sport.

“What does the driver do best? Driving. They are so good at it, and they make the business, they make the show, they are the stars. Nobody is stopping them. 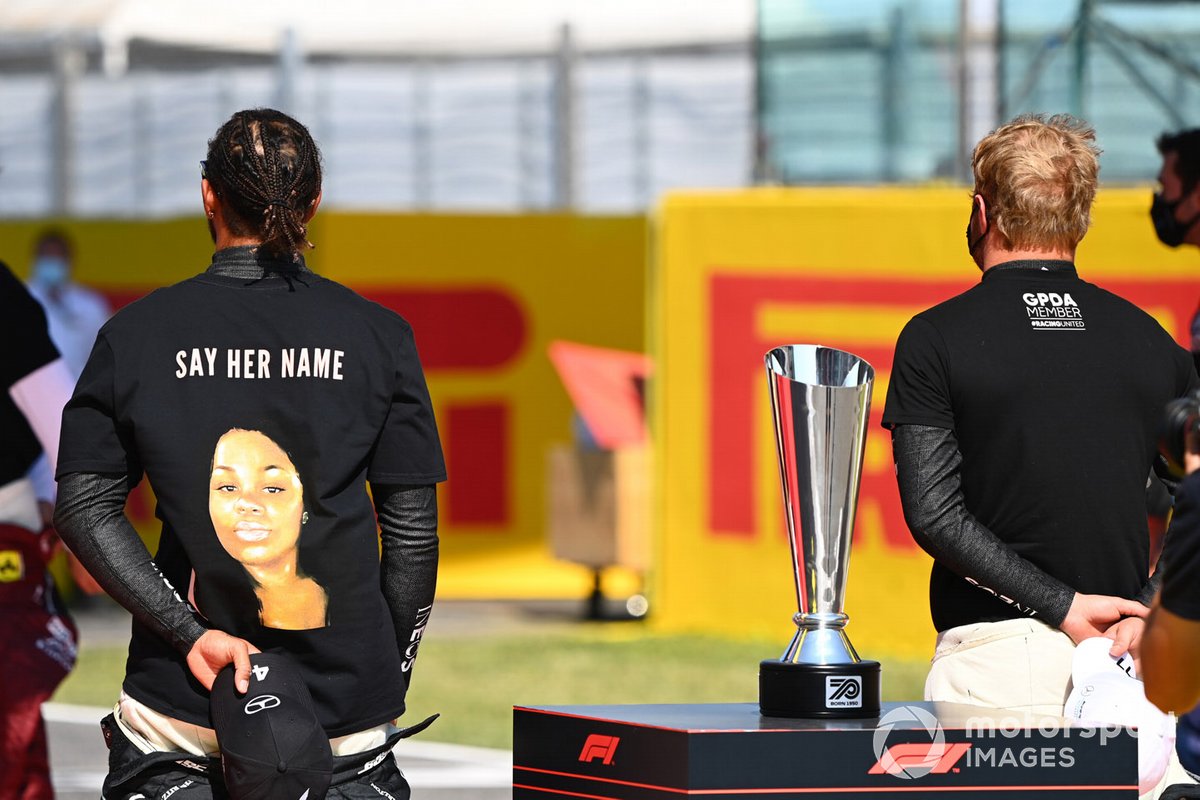 Ben Sulayem added that the FIA “just want our sport to be clean” before discussing the push against toxicity on social media, saying it would help in “improving and cleaning up our sport.”

But he denied the FIA was “shutting any drivers” down, adding: “I have my own personal things, OK, but it doesn’t mean I will use the FIA to do it.

“The FIA should be neutral, I believe, and we need the superstars in to make the sport. And they do such a great job when it comes to the competition that all of us enjoy.”

Ben Sulayem stressed the importance of clarity in the regulations, explaining that it would be for “the stewards to decide” on a sanction should a driver be deemed to have breached the rules.

“It’s always clarity, there is the process,” said Ben Sulayem.

“If there is anything, you take the permission. If not, if they make any other mistake, it’s like speeding in the pit lane. If you do it, it’s very clear what you get.

“Some of the penalties, you can never put clarity and like if someone is pushing when it comes to the limits in the track, track limits, that’s very hard. That needs a steward to check, look at it again.

“But the stewards have the full power, not the FIA president.”