Renault expects the FIA to get tougher with Formula 1 engine manufacturers in ensuring reliability upgrades do not boost performance.

As F1 enters the second year of a power unit freeze that lasts until the end of 2025, there are now strict limits on what elements on engines can be changed.

Hardware tweaks solely aimed at delivering a boost in power are not allowed, but the FIA is able to approve changes aimed at solving genuine reliability problems.

However, such tweaks can cause controversy if, as a consequence of sorting out problems, there is a subsequent lift in performance.

The issue has been a talking point this winter amid suggestions that Ferrari has managed to unlock a decent step forward with its own power unit as a consequence of being able to solve the reliability problems that marred its 2022 campaign.

PLUS: The tactical penalty problem F1 should consider

Renault's F1 engine chief Bruno Famin thinks that so far the FIA has handled well the process of dealing with reliability issues, but reckons that things now need to be tightened up with teams having had a year to better understand their power units.

"I think the process in 2022 with the FIA and the other manufacturers has been quite good," he said.

"It has been transparent at least, so everybody was aware of the request of the others, and this is very good. It has been well managed by the FIA.

"It has been quite tolerant in 2022. I think it was quite normal because everybody was affected by reliability issues. 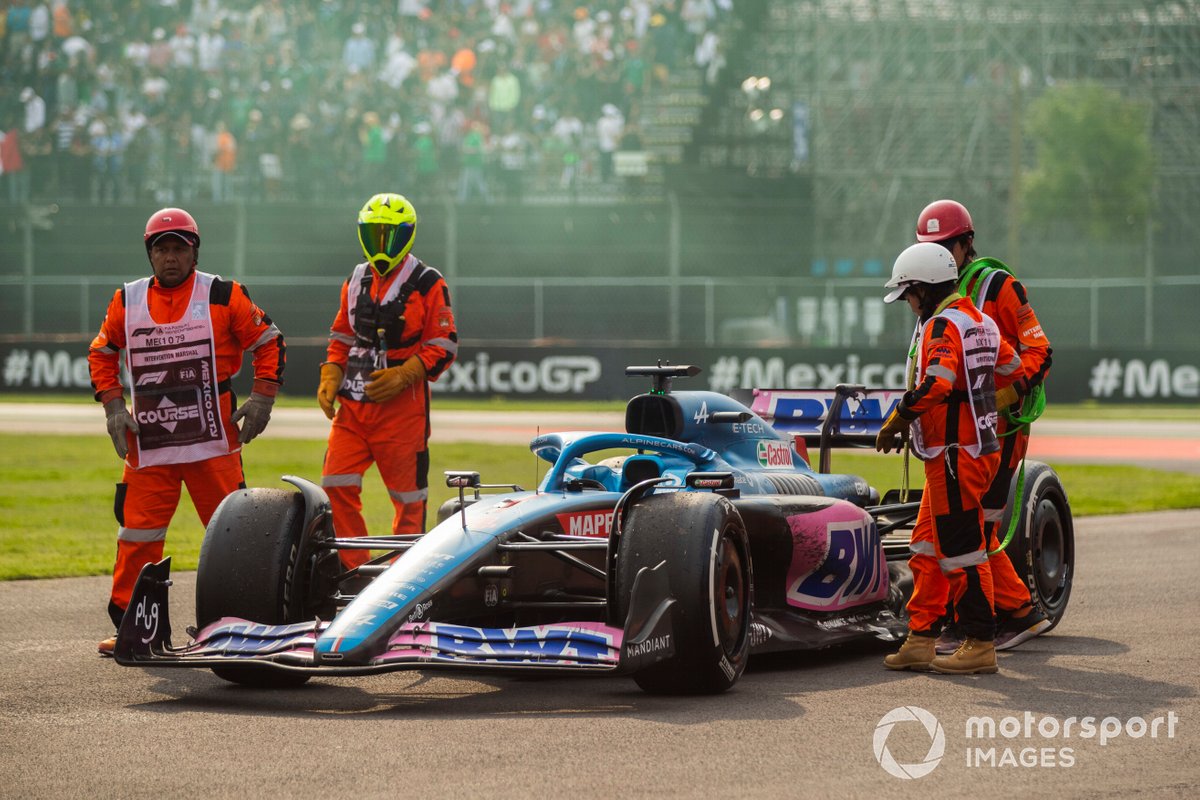 Marshals remove the car of Fernando Alonso, Alpine A522, from the circuit

"Not only us, clearly, because I think we had 30/40/50/60/70 requests from different manufacturers, so everybody was affected by this kind of problem.

"I am expecting the FIA to be a bit stronger in the future, but I have no information."

Famin acknowledges that the issue is a complicated one to deal with because there are some elements of the power unit where it is hard to separate performance and reliability.

"What is a pure genuine reliability issue?" he said. "It's a question we can't answer because behind the reliability issue you have often a potential performance gain of course. The limit is not always super clear.

"If you have a water pump issue as we had in 2022, I think it's quite clear it's a pure reliability issue right: there is nothing to gain in having a different water pump.

"But if you need to change the material of the piston rings, you will be able to have something stronger, to have more knock, to have more performance, then where is the limit? It's not obvious."

FIA should not be a ‘platform for private personal agenda’, says president