FIA Formula 1 race director Michael Masi insists that the fine handed to Lewis Hamilton in Brazil for undoing his belts is not meant to stop drivers celebrating race victories.

Hamilton was reported to the stewards for unfastening his belts on his slowing down lap after the flag, and after an investigation he was fined €5000, with a further €20,000 suspended to the end of 2022.

In their judgement, the stewards noted that they were “sympathetic to the desire to celebrate” but added: “It is fundamentally unsafe to undo the seatbelts while the car is in motion.

“Slow speeds in these cars are very fast for an unrestrained occupant. Further, F1 drivers set the example for junior categories. It is critical that junior category drivers learn the importance of using all the safety devices of the car at all times.”

Masi stressed that the FIA doesn’t want to stop drivers celebrating by loosening their belts so that they can get higher in the cockpit while waving, but draws the line at undoing them completely as Hamilton did.

"Obviously, everyone knows that rule, it's been discussed before as well, probably, I'm going to guess about 18 months ago,” said Masi when asked for clarification on the fine by Autosport.

“I'm well aware that it was discussed in Charlie's [Whiting, the late former FIA race director] time. Drivers were reminded that, obviously, on cool down laps, there's no problem loosening their belts, but they need to remain fully attached.

“And it is a safety item. I think the stewards have made it quite clear in their decision, that it's not about stopping celebrations at all.

“But at the pinnacle of motorsport, it's a safety issue, but also it's sending a message all the way through that type of behaviour is not acceptable.” 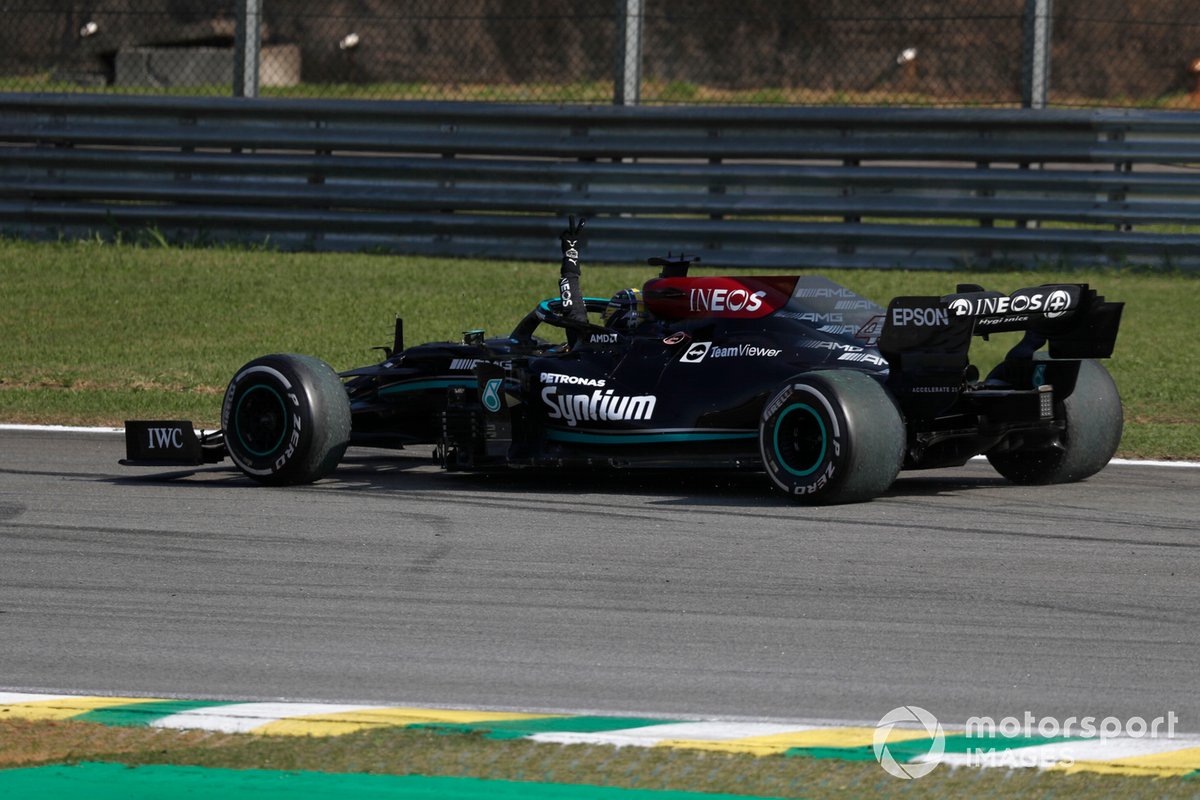 Masi noted that in handing down the fine rather than awarding a reprimand or warning, the stewards did not set a precedent to work from.

“I think the stewards sort of tried to find something around, but with the panel they've got they couldn't find anything in recent times.

“And that's why there's a large part of it is suspended until the end of 2022 for that exact reason. If you're suddenly starting to do it regularly, let's call it, then different purpose.”