FIA Formula 1 race director Michael Masi has issued a clamp down on drivers running too slowly in practice and qualifying in Jeddah while trying to create a gap.

The move follows some close calls in Friday's practice sessions for the Saudi Arabian GP, and a discussion in the evening's drivers' briefing.

However, the new restriction applies only to a short section of track at the end of the lap, immediately after Turn 22, where Charles Leclerc crashed at the end of FP2.

After that session, Lewis Hamilton noted: "It's definitely a lot worse than a lot of places we get to. It's Monaco-esque. The closing speeds on other cars is definitely getting to a bit of a danger zone."

In the briefing the discussion focussed on where the main risk areas were, and the ultra fast session close to the end of the lap was singled out.

Masi has previously addressed the issue of drivers running too slowly at places like Sochi and Baku, specifying at the latter that they have to speed up through the fast section of kinks before the start/finish line, having created their gap in the slower part of the track.

In an updated version of his Jeddah race director's notes, Masi wrote: "Any driver intending to create a gap in front of him in order to get a clear lap should not attempt to do this around Turn 23 through to Turn 25. Any driver seen to have done this will be reported to the stewards as being in breach of Article 27.4 of the Sporting Regulations." 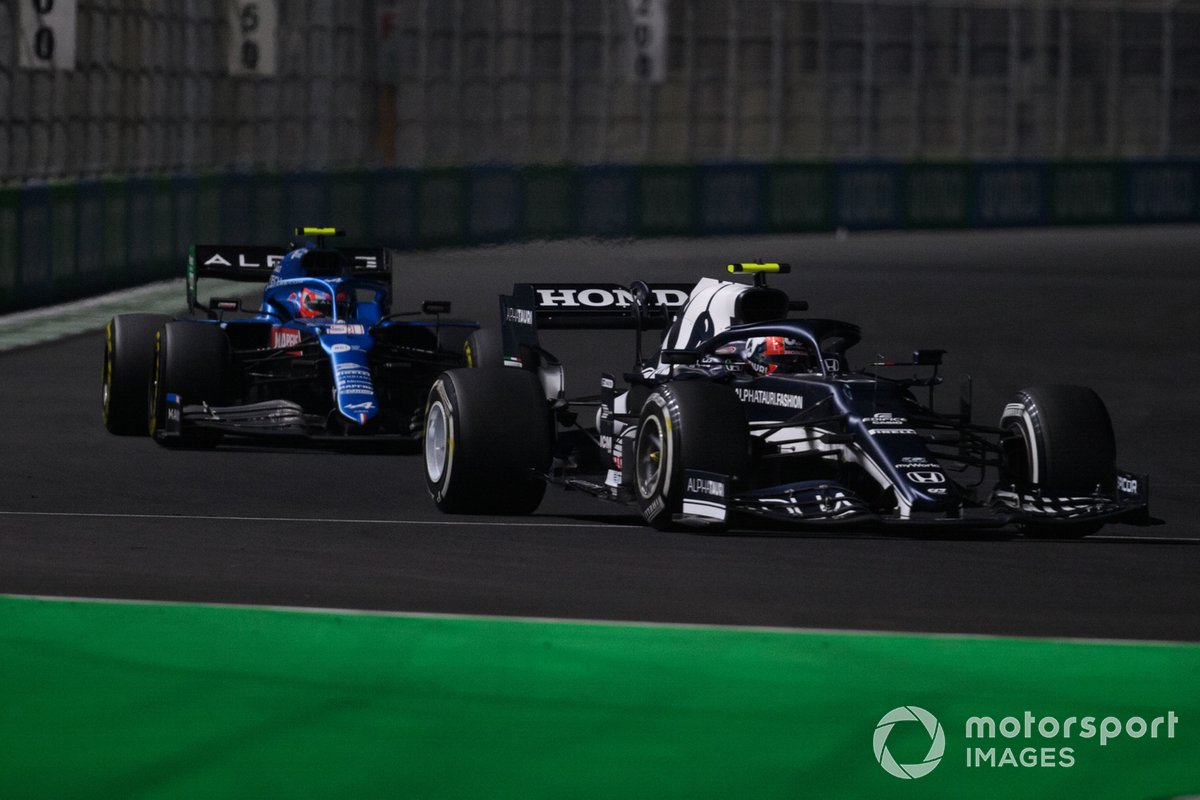 The relevant article reads: "At no time may a car be driven unnecessarily slowly, erratically or in a manner which could be deemed potentially dangerous to other drivers or any other person."

Teams believe that traffic issues could be exacerbated in qualifying by the need for drivers to run multiple laps to get their tyres in the right zone.

"There's some areas of circuit where it's not easy to find a space to let other cars by," Alpine's executive director Marcin Budkowski told Autosport. "So I think it's going to be a busy qualifying, and there's going be lots of radio traffic to inform the drivers.

"I think one thing was clear, with a soft and a medium it took two or three laps to get them in the right performance window, as they kept on getting quicker basically. So it should make for an interesting qualifying, because between that and the fact that's going to be some traffic, it's going to be quite tricky.

"I'm more concerned about the fast kind of fast succession of corners where it's quite difficult to let cars past."

However, AlphaTauri team principal Franz Tost said he trusted the drivers to do the right thing.

"For the race it will become quite tough," he told Autosport. "But the drivers were quite disciplined [on Friday] and I think in the qualifying they will do the same. They got used to this, Monaco, Budapest or Baku are similar tracks. Therefore I don't expect a problem for the qualifying."

In other changes for Saturday, the pit exit white line has been extended to make it safer for cars coming out to blend onto the track, while Pirelli has increased its mandated pressures by 1psi front and rear.