Ferrari's Vettel not a fan of F1 penalties for impeding others

The Ferrari driver ranted on team radio about Renault's Kevin Magnussen during final practice at Spa last Saturday when he felt he was held up by the Dane.

"What an idiot," he said. "Did you see that? It's free practice.

"It's called free practice, who gives a shit?"

Both drivers were called to the stewards and after giving their side of the story, no penalty was awarded - something Vettel agreed with.

"We went to the stewards, we looked at it and it was fine," said the German.

"Initially I wasn't so happy with his move but we spoke about it and I think that is the way we should approach it.

"I don't think a penalty is the appropriate reaction." 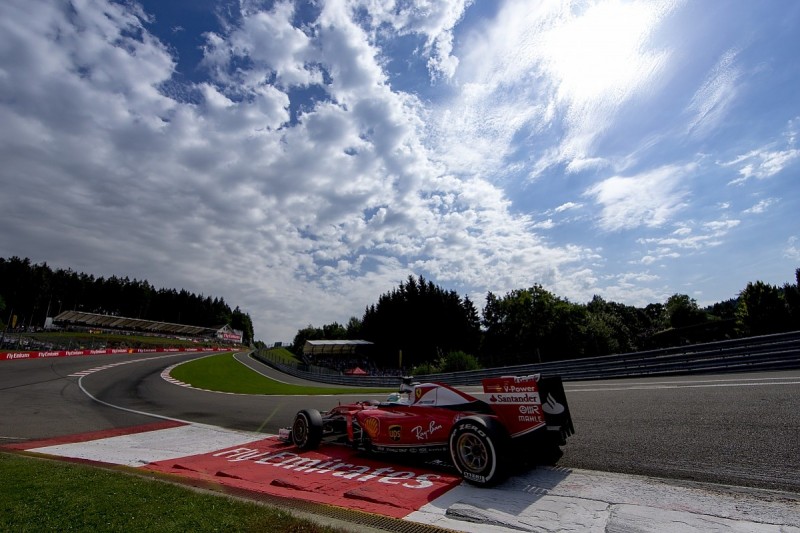 Vettel said it is inevitable that drivers will get baulked by another during a session because they want to make space to create conditions for a clean lap.

"You want to have a clean run, you don't want to be in traffic when you start your lap, especially at tracks like Spa - that's what everybody was up to," he said.

"Sometimes, you have a situation where two drivers want to go for the same bit of Tarmac and you can talk about impeding.

"But generally I'm not a fan of it, I think you should leave us alone and let us deal with it.

"If we're not happy, it's up to us to go to the other guy and talk it through.

"In that case, we met at the stewards office and talked about it. It's fine."

Magnussen agreed with Vettel's take, praising his rival for the approach he took with the stewards.

"No one went off the track and there was no contact, I left room for him," he said.

"He was annoyed at the time, but when we spoke to the stewards, he was very calm.

"He actually said he didn't think there should be any penalties. It was nice of him to be fair.

"I'll make sure I do a better job of managing the gaps next time."

Why Raikkonen is delivering for Ferrari