Leclerc finished fourth in the drivers' championship during his first season as a Ferrari driver, winning the Italian and Belgian grands prix compared to Vettel's solo victory in the Singapore Grand Prix.

He also as scored seven pole positions, the most of any F1 driver in 2019, during his sophomore season.

Leclerc had targeted qualifying improvements early in 2019 and then took five of his seven poles after the summer break, outscoring Vettel's total of two poles.

Leclerc exclusively told Autosport in the latest podcast episode: "After the first three, four races, I saw that my weaknesses were more in qualifying than the races.

"So I focused quite a lot on the qualifying, and I did quite a big step from France onwards in qualifying, which was good to see.

"And then in the race, I think I've still got quite a bit of work to do.

"Seb has a big experience in the races and he's stronger than me at the moment.

"So my work this winter is mostly on the races, to try and improve that."

Leclerc added that both he and Ferrari needed to reduce their mistakes in 2020 following a season in which it converted nine poles into three wins, whereas rivals Mercedes converted 10 poles into 15 wins. 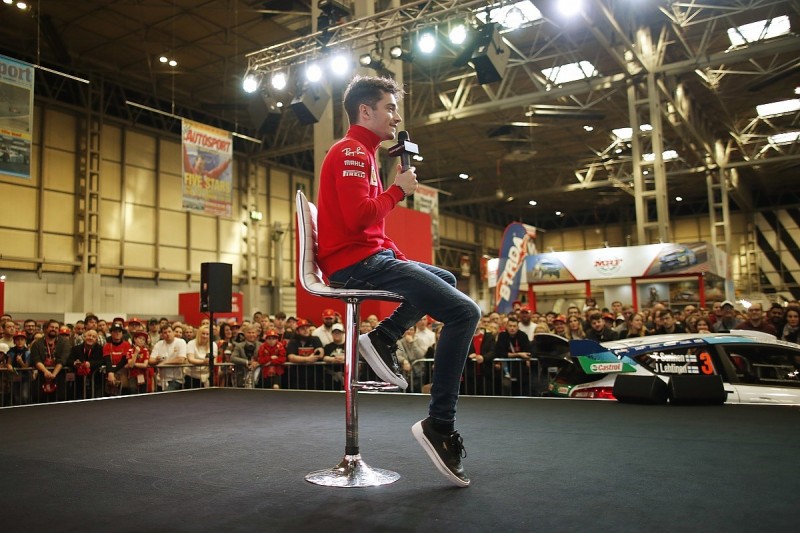 "I hope, or at least I'm working extremely hard, to do fewer mistakes than I've done in 2019," he said about the prospects for the year ahead.

"I think as a team, we also need to focus on that.

"In terms of performance, it is always very, very difficult to know before the first race.

"So we will wait for the first race.

"But we've been working well, and then to see the performance, we'll see a bit later on.

"But I feel definitely more ready than at the beginning of 2019. And I hope I'll be able to prove it on track."

Tension built between Leclerc and Vettel during 2019, with the pair clashing in Brazil, while a team orders row over Vettel not giving Leclerc a place back in Russia also caused friction.

But while Leclerc accepts there are times when the pair do not see eye-to-eye, he says their relationship off track is better than it appears.

"I think we are mature enough to understand that whatever happens on track, obviously we are two competitors," he added.

"We both want to win and it would be wrong if it will be the other way around. So yeah, we want to win.

"We are extremely competitive and sometimes on track, we might have some frictions, but at the end, we are mature enough to know that what's happened on track is on-track, and off-track, we are different persons.

"I think the most important [thing] is that we work well together, especially off-track to try and develop the car in the best way possible.

"And, of course, not exceed the limits whenever we are on track, like we've seen in Brazil.

"But I think it was a good lesson for both of us and it won't happen again."