Ferrari will be in 'stronger position' by F1's Italian Grand Prix

Ferrari will offer a much stronger challenge to Mercedes by the time the Formula 1 world championship reaches the Italian Grand Prix, says its chairman Sergio Marchionne

The Scuderia has been Mercedes' closest challenger this season and scored victory in Malaysia plus podiums in each of the first six races.

Despite an engine update in Canada, its results have dipped in the last two races, although Sebastian Vettel would likely have scored a podium in Austria had it not been for a problem at his pitstop, and Kimi Raikkonen lost out on a top three finish in Canada due to a spin.

Ferrari trails Mercedes by 136 points after eight races, but Marchionne says the most recent update was not the last and he believes things will improve as the year goes on.

"I think that you will see the car develop as we go through the season," said the Ferrari chairman.

"We are not finished, the car is going to get better and better.

"We started late, which is unfortunate, so we are making up lost ground. 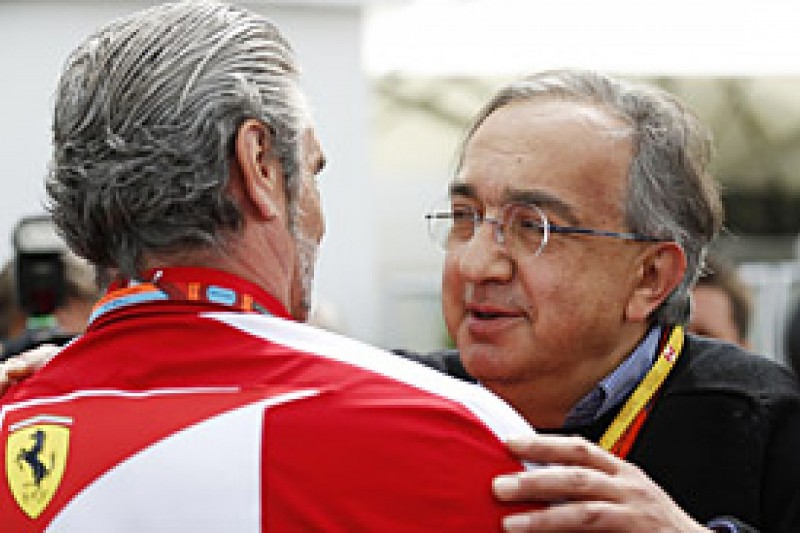 "But I feel relatively comfortable that by the time we hit Monza we are going to be in a much stronger position than we have been in all season."

While Fernando Alonso has suggested McLaren switches focus to 2016, Ferrari team principal Maurizio Arrivabene says that is not something he has any interest in doing.

"I don't want to start like my predecessors in the past to say now we are concentrating on next year's car," he said.

"We have our certain team that are working on next year's car, but we are focused for this year.

"We need to always do our best, and we need to sooner or later be able to catch Mercedes.

"Not in 2020, this year. I said we want to win three races and I'm still here saying that. It is still possible."

Arrivabene warned that Pirelli's decision to take the medium and hard tyres to the upcoming British Grand Prix will probably work against Ferrari.

"In Silverstone [the tyres] is not something that's in our favour," he said.

"But I don't want to use this as an excuse. It's a challenge."

Should Hulkenberg ditch F1 for WEC?