Ferrari Formula 1 team principal Maurizio Arrivabene insists bringing Kimi Raikkonen in for a third pitstop in the Singapore Grand Prix was correct, even though the Finn lost a podium finish

Ferrari had the choice of leaving Raikkonen out on his soft tyres for the final 16 laps and hoping Hamilton did not make up the deficit his stop had created, or immediately pitting in response.

Raikkonen was called in but Hamilton's out-lap was quick enough that he was ahead by the time the Ferrari left the pitlane, and he stayed ahead to the finish.

Asked by Autosport if he felt Ferrari had made the right choice, Arrivabene replied: "To be 100% sure, you have to look at the data.

"It was the right decision to take.

"If we were having huge degradation [on the soft tyres] and Mercedes were taking us, we would have been crazy.

"We took a decision looking at our data. The thing to do afterwards is verify if our data was right."

Raikkonen believes there were things Ferrari could learn from in the race, but was unsure whether staying out would have paid off or not.

"We could have got to the end," he said when asked by Autosport how his softs would have held up had he stuck with a two-stop.

"But would they have caught us or been able to pass us? I don't know yet.

"There are certain things we could have done but obviously afterwards it's very easy to say.

"Obviously, they managed to get in front of us again so we lost the place.

"There was not much we could do anymore by that point." 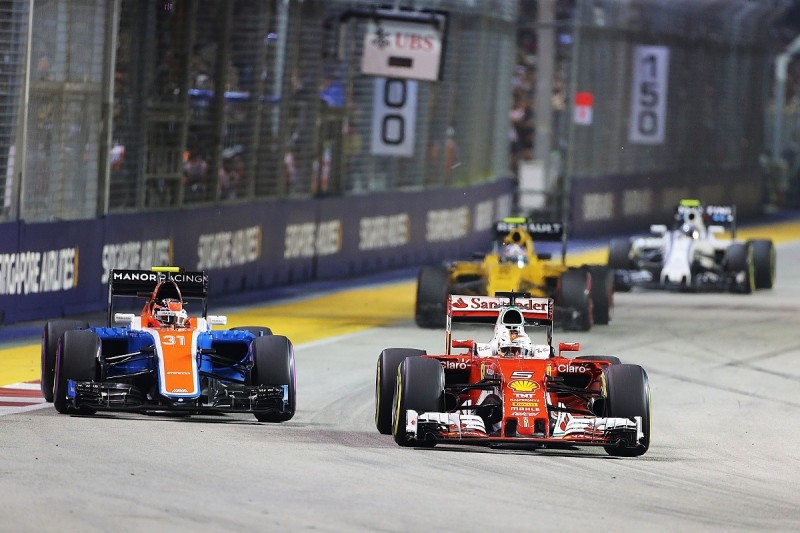 After the suspension failure in qualifying that left him at the back of the grid, Sebastian Vettel recovered to fifth in the second Ferrari.

He ran a two-stop strategy, with a long opening stint on softs before using two sets of new ultra-softs to complete his progress.

"If you look at the race now without safety cars there might have been a better way to get to the end, but I think it was a very good strategy that helped us keep our options open and straightaway be in touch with the leaders," said Vettel.

"Obviously I was hoping for a safety car at some point to get me close to the leaders. Then anything could have happened.

"I had an advantage with my tyres, with fresh sets that I didn't use yesterday.

"But there wasn't a safety car, which was a bit of a surprise."