Albon is second in Formula 2 at the moment and sits between two confirmed 2019 F1 drivers in the standings, behind George Russell (Williams) and ahead of Lando Norris (McLaren).

The British-Thai driver signed a three-year contract with the Nissan e.dams Formula E team in the summer to race in the electric single-seater series, but has been targeted by Red Bull to partner Daniil Kvyat in its junior team in F1 next year.

Red Bull is understood to have settled on Albon over current Toro Rosso driver Brendon Hartley and Albon's F1 move is believed to only be waiting on formal confirmation from Nissan that his FE deal is annulled.

Leclerc fought Albon for the 2016 GP3 title, prevailing at the final round, and raced against him in European Formula 3 in 2015.

Asked if there was anyone he had encountered in junior formula who deserved an F1 shot, Leclerc said: "I'm not sure yet if he's not going to make it, but for me Alex Albon.

"He was really strong. I really hope he will take the seat he is rumoured [to be taking]."

Albon was a Red Bull Junior early in his career but was dropped after his first disappointing year in Formula Renault Eurocup, then spent three years as a Lotus junior driver. 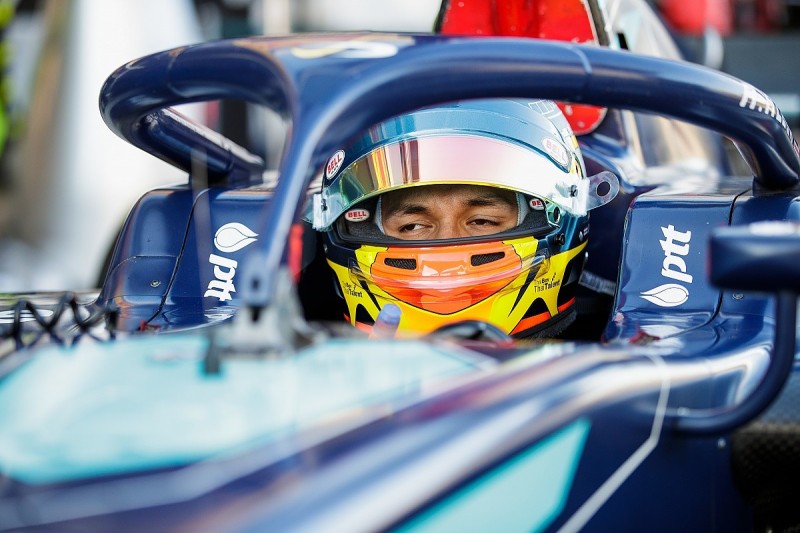 His impending Red Bull reunion is believed to come with financial support from Thailand - his mother's home country and the place Dietrich Mateschitz found his inspiration for the Red Bull energy drink.

Toro Rosso team principal Franz Tost said at the previous race in Mexico that Hartley was not doing enough to keep his seat at the moment but claimed a decision would not be made until after the Abu Dhabi finale.

It is believed that confirmation of Albon joining the team may now come before then.

Speaking to Autosport ahead of the Brazilian Grand Prix this weekend, Tost would not be drawn on the suggestion Albon would be announced before Abu Dhabi.

However, he did acknowledge that the four-time race winner in F2 this season has been impressive.

"Albon is currently second in the championship," said Tost.

"I must say that especially the second half of the season he showed really some very, very good races, with good overtaking manoeuvres."