Ferrari is planning to decide on which of its young drivers to promote into a Formula 1 seat "in the next couple of weeks", prior to the Formula 2 finale 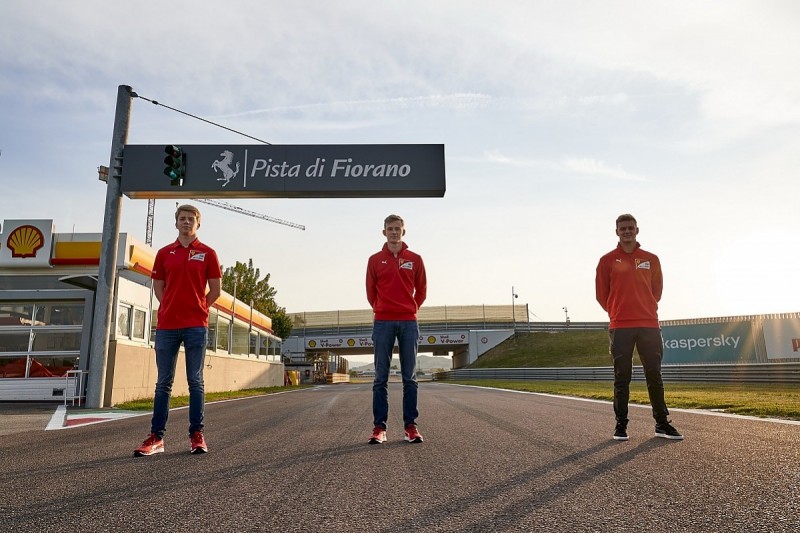 Ferrari currently has five members of its young driver academy racing in F2, with three of them - Mick Schumacher, Callum Ilott and Robert Shwartzman - in the top five of the championship.

Schumacher is currently leading the points standings ahead of Ilott, with the pair set to battle for the title across the remaining two rounds of the season in Bahrain.

Alfa Romeo announced on Friday Antonio Giovinazzi would be remaining with the team for 2021 in the Ferrari-controlled seat, leaving no room for any of its other juniors to step up.

It is widely expected that F2 points leader Schumacher will land a seat with Haas for 2021, pointing to stronger ties between the American team and Ferrari in the future.

Ferrari team principal Mattia Binotto confirmed there could only be space for one of its juniors to move up to F1 for next year, but that opportunities would be created for the others.

"There is not space for all of them," Binotto said when asked by Autosport about the competition between Ferrari's junior drivers to step up to F1 next year.

"I think they are all doing well in F2 at the moment, if we are considering Mick, Callum and Robert.

"They have got the season to finish, and they are all focused on the next race in Bahrain. They are challenging for the championship, which is very important for them.

"They will have an opportunity to run in FP1 in Abu Dhabi, and then they have the young driver test still in Abu Dhabi.

"But we will make our own decision and the decision will be done on what they have done so far, how they have developed and their potential. 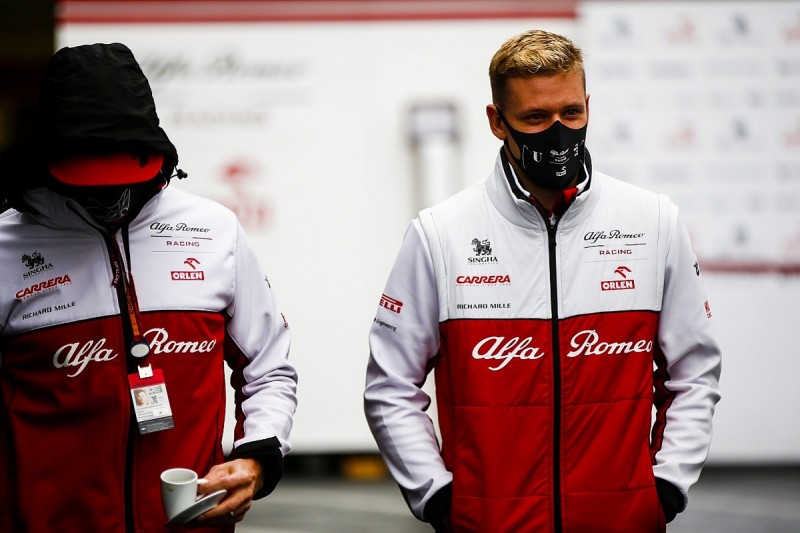 "Our objective is not to bring them in F1, it is to bring them one day on Scuderia Ferrari, on the red car, and whatever will be path to achieve, that is less important.

"So there will be eventually one of those drivers that can have a seat in F1 next year. The others may have other opportunities, but that is down to us to organise it and to give them all of them an opportunity."

Asked when he anticipated Ferrari would make a call with its juniors, Binotto replied: "I don't think we will wait for the final race in Bahrain, and for Abu Dhabi.

"I think it is something we may decide in the next couple of weeks."

Out of Ferrari's five junior drivers in F2, three of them - Schumacher, Shwartzman and Marcus Armstrong - currently have the required superlicence to race in F1.

Ilott will be eligible for a superlicence with a top-five finish in F2 this year.

It is widely anticipated that the second seat at Haas will be claimed by Nikita Mazepin, who currently sits sixth in the F2 standings and needs a top-seven finish to gain a superlicence.

Ferrari held a private test at Fiorano with its 2018-spec F1 car for Schumacher, Ilott and Shwartzman at the end of September as part of their ongoing development.

Schumacher and Ilott had been due to run in practice for the Eifel Grand Prix at the Nurburgring for Alfa Romeo and Haas respectively, but poor weather conditions meant the session was called off.