On the penultimate day of testing Vettel lifted off coming out of the final corner on his quickest laps to not reveal the full speed of the Ferrari SF70H.

While the German downplayed what happened, Marko said his team was concerned the Italian team had been confident enough to employ such gamesmanship in testing.

"What worries me somewhat is I know Vettel very well.

"He provocatively lifted on his fastest lap on the start and finish straight. Everybody could tell.

"And if you do something like this, then your self-confidence and the knowledge about having a lot more in the car is huge."

Vettel's team-mate Kimi Raikkonen gave a better insight into Ferrari's pace when he posted the only sub-1m19s laptime of testing on the final day, a 1m18.634s.

That was 0.7s faster than Mercedes managed and 0.8s quicker than Red Bull, although Marko thinks fuel loads and engine mapping settings disguised the true pecking order in testing.

"Nobody has shown his cards properly," he said. "If you carry 10 kg more fuel, you gain about 0.35 seconds.

"Furthermore, engine mappings differ. This can gain you up to one second - or it doesn't.

"A lot has been kept in the dark. But if the race [Melbourne] would have taken place with the same kind of temperatures we had [in testing] then Ferrari would be in front, for sure." 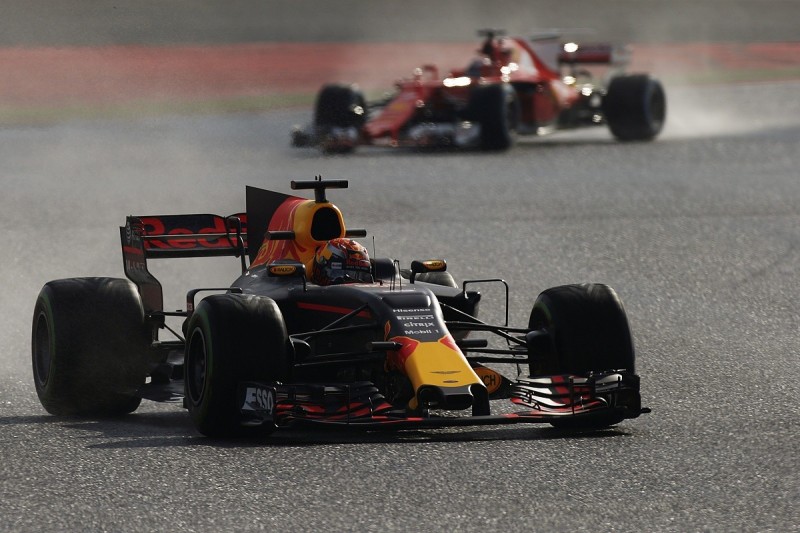 While Red Bull's test programme was affected by reliability problems with Renault, Marko says that it is expecting good progress for Melbourne, and hinted at major updates.

"We had a few nasty failures," he explained. "Actually, it was the same one each time.

"Therefore we weren't able to make the amount of progress we had aimed for.

"Traditionally, for Melbourne, there will be a lot of new parts that look different too. But the livery will stay the same."

Marko also thinks Bottas has not yet shown he is a match for Hamilton, which could open doors for rivals to get closer to the British driver if Mercedes is at the front.

"Barcelona has shown that Bottas cannot go at the speed of Hamilton," he said. "Should Mercedes have the same kind of technical dominance, there will not be the same 1-2 formation again.

"Then, others will be able to place themselves between the Mercedes drivers."