Ferrari has become the first Formula 1 team to announce a launch date for its 2017 car, scheduling it for Friday February 24 next year

It has yet to issue any further details of the event, which will take place three days before pre-season testing begins at Barcelona.

Speaking at Ferrari's annual Christmas briefing on Monday, its chief technical officer Mattia Binotto argued there was no reason why his team could not master such rules as effectively as its main rivals.

"There is nothing to say that we here in Maranello cannot build such a car," Binotto said.

"It's just a matter of time.

"What we lacked on occasions this year was the ability to react quickly.

"We must be able to introduce new solutions before the others do." 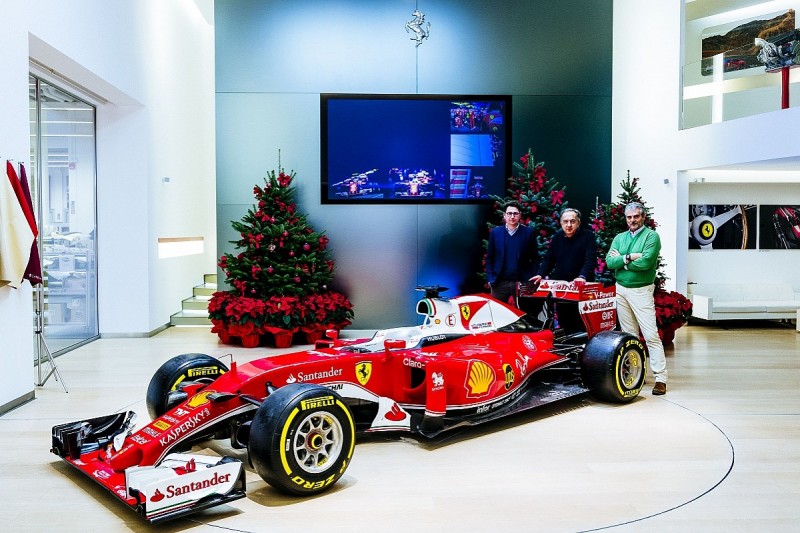 Ferrari slumped in 2016, falling from its '15 position as a growing threat to Mercedes to end the year win-less and down to third behind Red Bull in the constructors' championship.

As Ferrari's form declined during the year, team chiefs were regularly asked if they planned to sacrifice 2016 development to get a headstart on the '17 rules.

But team principal Maurizio Arrivabene always insisted Ferrari had not fallen far enough off the pace to justify such a tactic.

"In this situation we have now, we have a gap from Mercedes but we are not that far from them," he said during the summer.

"It is crazy to talk about next year, we need to focus on this year.

"We focus our attention on the areas where we have weaknesses and try to improve."