The Italian racer will be tasked with simulator duties for the Scuderia, as well as completing F1's mandatory 2017 young driver testing for the squad.

These are the only guaranteed Ferrari F1 duties for Giovinazzi next season, who was narrowly defeated by Red Bull's Pierre Gasly in the 2016 GP2 championship.

Ferrari will also consider the possibility of Giovinazzi racing in F1 for a customer team next year, or participating in free practice sessions, with a spokesman telling Autosport "nothing is planned; everything is open".

Sauber will use year-old Ferrari customer engines in 2017, and still has a race seat open alongside Marcus Ericsson, while both the Swiss squad and newcomer Haas have offered Ferrari academy drivers run-outs during grand prix practice sessions in recent seasons.

Ferrari has been monitoring Giovinazzi since his impressive run to second place in the 2015 European Formula 3 championship, and gave the 23-year-old a run in its F1 simulator following this year's Italian Grand Prix.

The team could view Giovinazzi up as a potential safeguard against future upheaval in its driver line-up, given current race drivers Sebastian Vettel and Kimi Raikkonen are both out of contract at the end of 2017. 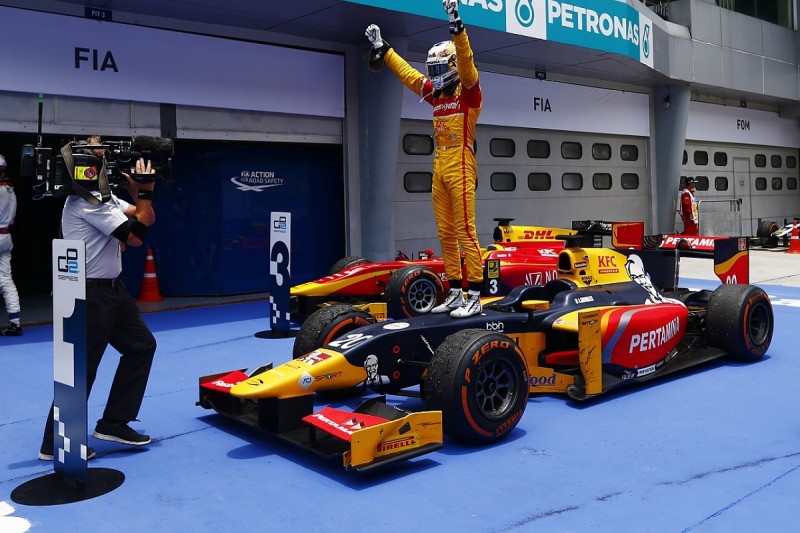 According to the spokesman, Giovinazzi has signed directly with the Scuderia rather than Ferrari's Driver Academy, which supports the careers of new GP3 champion Charles Leclerc, Antonio Fuoco, Giuliano Alesi - the son of ex-Ferrari F1 racer Jean - and Chinese driver Guan Yu Zhou.

Ferrari was particularly impressed by the way Giovinazzi pushed Gasly to the final round of the season in the GP2 title race, missing out on the title by just eight points despite his rookie status.

The team has subsequently moved to sign one of the most promising junior single-seater talents not already affiliated to an F1 manufacturer.