Charles Leclerc is set to be retained by the Ferrari's young driver programme for 2017, according to the Formula 1 team's boss Maurizio Arrivabene

The Ferrari protege has carried out driving duties for Haas in three Friday practice sessions this season with appearances in Brazil and Abu Dhabi also scheduled, and he drove for Ferrari at the post-British Grand Prix test.

But in Malaysia, Haas team principal Gunther Steiner ruled out signing the Ferrari protege for 2016 as he feels the American outfit needs experienced drivers.

"I recognise that he is a very talented guy and it is still for next year, the Ferrari driver academy.

"The one thing for a talented guy like Charles is to be calm and to do his job without burning out."

Leclerc, who needs to win the GP3 title to earn enough qualifying points for an F1 superlicence, is part of a four-strong academy that includes GP3 drivers Antonio Fuoco and Giuliano Alesi and European Formula 3 racer Guan Yu Zhou. 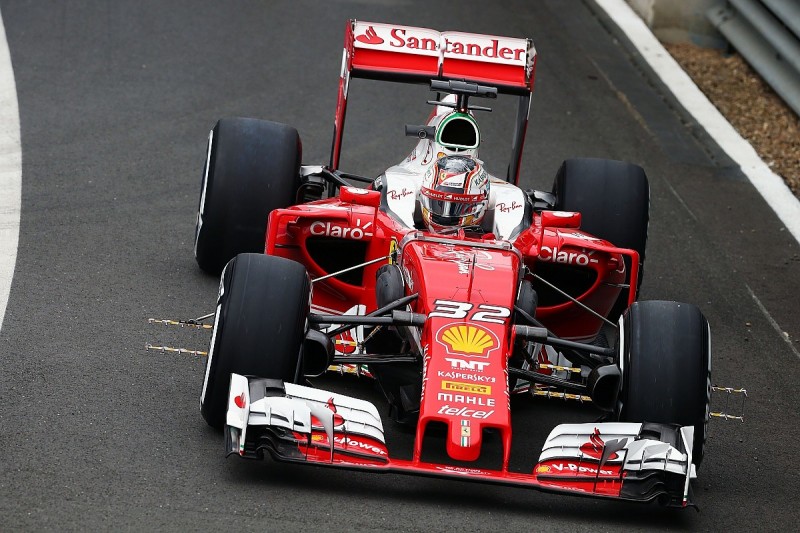 Other past members include Lance Stroll, who is believed to be close to signing an F1 race deal with Williams, Raffaele Marciello, Mirko Bortolotti, Daniel Zampieri and Brandon Maisano.

There had been rumours last summer that Ferrari was thinking of ending the young driver programme.

It was set up in 2009 to develop young drivers with the aim of them progressing to Ferrari's F1 team.

But while Red Bull's similar initiative has helped Sebastian Vettel, Daniel Ricciardo and Max Verstappen join the senior F1 team, no driver from Ferrari's academy has made the step up to its F1 programme.

Arrivabene refuted the claims at the time, with Massimo Rivola taking over as part of a restructure of the programme late last year.

When asked if any other drivers are on Ferrari's radar to boost its current pool of four, Arrivabene said: "We are fine with who we have just now."

Why would Mercedes screw Hamilton?