Ferrari admits it should've focused on downforce with 2019 F1 car

Ferrari should have put more of an emphasis on downforce when designing its 2019 Formula 1 car, team boss Mattia Binotto has admitted

The team headed into the season as favourite on the basis of a strong performance in testing, but was powerless to prevent Mercedes racking up eight straight wins and establishing a sizeable points advantage that has been maintained heading into the summer break.

While Ferrari's SF90 has benefited from superior straightline speed, its downforce deficiency has left the team exposed at circuits with a preponderance of low-speed corners.

Adding more downforce to the SF90 has long been a priority for Ferrari, and Binotto admitted he would have placed a greater emphasis on it in hindsight, which he also believes would have helped the car work the 2019-spec Pirelli tyres.

Binotto told Autosport Ferrari's current balance between downforce and drag was "not a question of philosophy" or car concept, and that extra horsepower from its engine was also a factor in its superior top speed.

But he added: "Certainly these tyres require more downforce just to heat them up, to make them work.

"So, yes, if I would go back one year ago, I would give more focus on the downforce compared to what we did, even to the disadvantage of some more drag.

"Can we call that a 'concept'? Not too sure. I think it's an objective that has become more clear, certainly."

Nevertheless the team expected its SF90 to be, on average, a match for the Mercedes W10.

"We've been surprised by our poor performance at the start of the season, because maybe we were not thinking to be ahead, but at least as fast as them, and it was not the case in Australia," he recalled.

"Maybe it was the case in Bahrain, but it has not been on average the case we were thinking."

He admitted being roundly defeated in the Spanish GP, at the venue of the SF90's strong pre-season performance, was particularly "discouraging". 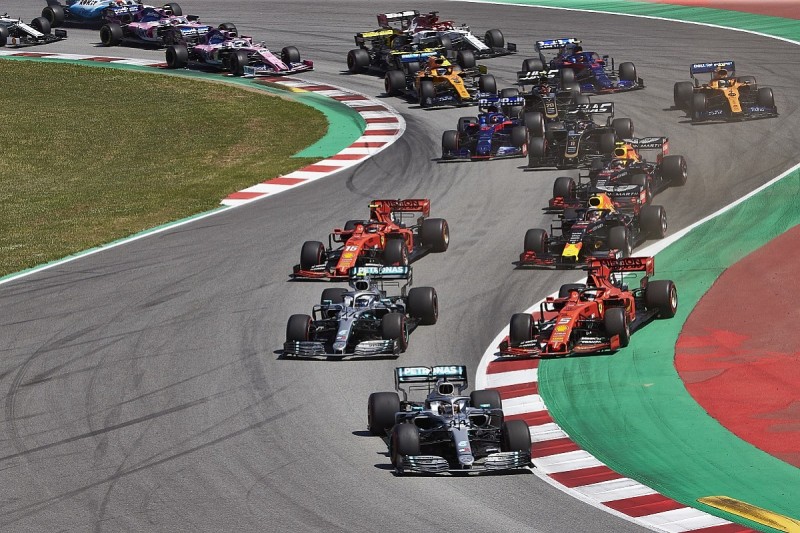 "It's true as well that if you look at the first half of the season, it's quite strange how in certain races some cars are performing well and others not - even maybe the cars which have been the fastest at the start of the season, in some tracks were certainly not the fastest. It's really up and down, for all the cars," Binotto continued.

"If there is anything that needs to be looked at, it's maybe the average.

"And maybe as well winter testing simply was a case where we were overperforming or they were underperforming, whatever were the reasons, and that turned into a different situation on different circuits, different time, different weather, different tyres."

Binotto went on to add that "we missed a few opportunities, and certainly today if you would've looked at the result with a few wins, the picture would've been completely different".

How a 24-race F1 season will be decided