Alonso has yet to finish on the podium since rejoining McLaren in 2015 and his current contract expires this year.

"We have to win," said Alonso in Montreal on Thursday.

"If we are winning, before September or something like that, I will make a decision and I will stay."

Asked if he would definitely leave McLaren if it was not winning by September, Alonso replied: "You never know, you cannot be 100% now in June about a decision for next year that I don't even start to consider.

"We all want to win. Zak's comments yesterday are probably what you expect for Zak to say.

"He wants to win, he wants to put McLaren again in a contender position for the championship.

"After three years we are not in that position so things have to change, I guess for the team. 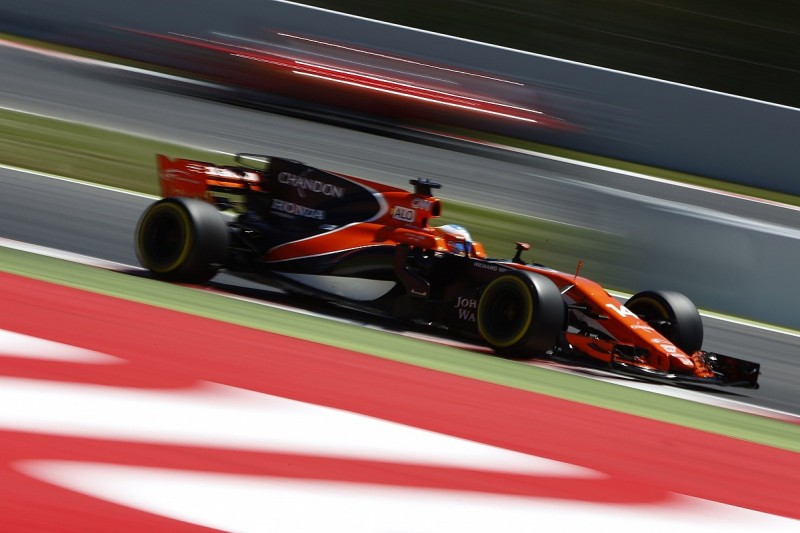 "Like him, I want to win, I joined this project because I want to be world champion, and we are not in that position.

"If you don't see things changing and you are not in a competitive position maybe you change projects.

"That is all I can say right now. Until I sit down with myself, in September/October, whenever, I cannot say anything 100%."

Alonso missed the Monaco GP to contest IndyCar's Indianapolis 500, but he said that experience had "not really" influenced his thinking about his F1 future.

"The third world championship is my biggest priority, and I developed my skills to drive F1 cars for the last 16 years," said Alonso, who led 27 laps at Indy before retiring with an engine problem when seventh in the closing stages.

"If I cannot succeed and win this championship, I can race in any series and I know I can win in any series."

Alonso also said he would not be keen to stay in F1 if the calendar expanded substantially.

A 21-race season is planned for 2018 and new owner Liberty Media has made clear it wants to increase the number further in the longer term.

Asked if he would quit F1 if it reached 25 races per year, Alonso replied: "Yes.

"I started when the calendar was 17 races plus the tests.

"At this point of my career, I consider a good quality of life is more important than doing more seasons in F1.

"If calendar stays this 20/21 range that we know from the last couple of years, I will be happy to continue.

"But if it increases like NASCAR, it is not for me, it is better for other drivers."