The FIA has clamped down on exhaust blowing and monkey seats, impacting an area in which McLaren had made gains, and it's understood that has been one of the major issues that the team has faced with the MCL33.

Last week in Austria former racing director Eric Boullier hinted that rule changes had an impact: "I will not explain publicly what's wrong. There are some differences in the regulations, and if you dig into it you might understand why."

Team boss Zak Brown admitted at Silverstone the 2018 chassis does not have as much downforce as its predecessor, which in effect means that the team has not been able to benefit as much as it expected to from the switch from Honda to Renault power.

"This year we lost some devices that were in the cars last year, at the back of the cars," said Alonso. 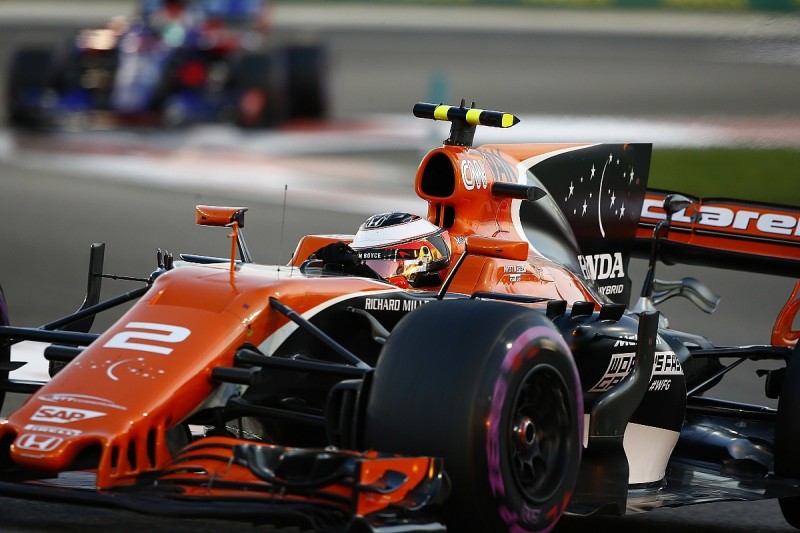 "The team probably didn't find the way to find more performance of downforce in the car or recover the losses from the rules changes.

"I think we lost a little bit of ground there in the chassis area on the aerodynamics side.

"We are trying to maximise every session, every Friday every FP1 to analyse, collect the data, and move forward, with different ideas.

"Also there are some trends in the pitlane with different cars which give us also an input in a direction as well.

"Unfortunately we lost a little bit there, and probably we gained on the power unit side, especially in terms of reliability we finished most of the races this year.

"The races we didn't finish was mostly a chassis DNF. We want to recover the chassis performance or the aerodynamic performance that we had in the past."

Asked what was needed to turn the situation around Alonso made it clear that some updates for the MCL33 have not worked as planned.

"Some of them work fine, some of them maybe you need more time or you find a nice surprise, a bad surprise that gives you some directions to go," he said. "It's probably our biggest weakness now, our biggest issue.

"In Spain we brought a package, new front wing and new nose. It was quite innovative and we made a step forward.

"We need to keep that kind of approach. Keep bringing new parts and out-developing the competition off-track.

"On-track it's always difficult and there will be a very competitive midfield group until the end of the year. But the off-track race is where we need to make the difference."