The outgoing Ferrari driver is his nation's sole representative in F1 at present, and he thinks it is essential that he or a compatriot has a drive next year.

"I think it is very important," said Massa when asked by AUTOSPORT about the value of having a Brazilian racing in F1.

"We've always had successful Brazilian drivers in Formula 1. It's really a shame what's happened in the last few years.

"I'm now the only Brazilian driver in Formula 1 and I still haven't got a contract for next year.

"It would be a big loss for Brazil if I'm not driving, or if another Brazilian driver isn't racing.

"I hope I can still be here and still fight for my country."

Massa believes the country's problem goes beyond F1 and into the leading junior categories.

"It's a problem that started a long time ago," he said.

"When I moved to Europe from Brazil in 2000, in every category in Europe there was a Brazilian fighting for the championship.

"All the important categories were full of Brazilians. We even had a team in Formula 3000 [the Petrobras Junior Team run as a Super Nova offshoot].

"Now Brazil is not in any category. You don't see Brazilians fighting for championships anymore.

"At the moment Felipe Nasr is the only one who has a little chance to get to Formula 1.

"Apart from him, I don't see any others that have the talent and the opportunity."

Pastor Maldonado's impending departure from Williams is set to allow Massa to switch to the British squad next season.

Williams is likely to get extra sponsorship from Brazil if it completes a deal with Massa, but he emphasised that any deal should not be regarded as him becoming a 'pay driver'.

"In Formula 1 I have always been a professional," said Massa.

"I've always had my salary. I've never brought money to race. Nothing is changing on that.

"I won't sign or talk with a team if the first thing we talk about is sponsors.

"It doesn't mean I won't help find sponsors, but it must be in a professional way." 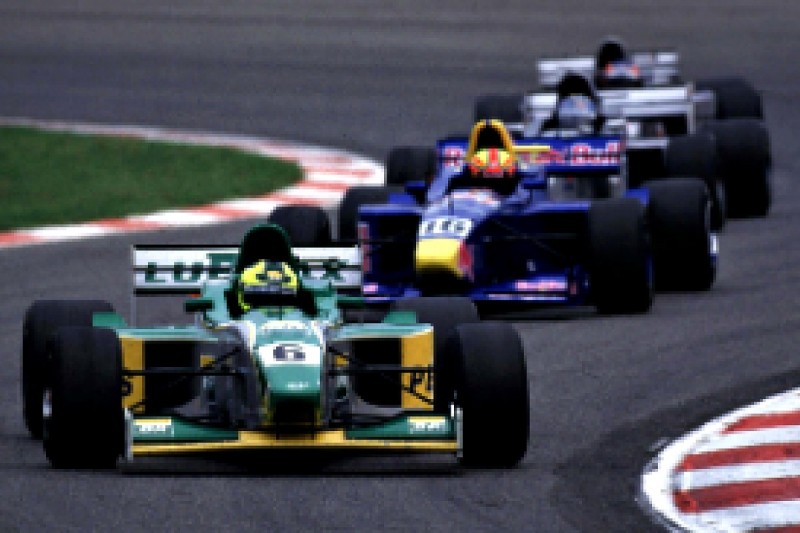 When Massa first came to Europe to race in 2000, Brazil was represented in F1 by Rubens Barrichello at Ferrari, plus Sauber's Pedro Diniz and BAR's Ricardo Zonta, while Luciano Burti made a one-off Jaguar appearance when Eddie Irvine was unwell in Austria.

It was a particularly good year for Brazil in top junior series. While Massa conquered the Formula Renault Eurocup, Bruno Junqueira became F3000 champion for Petrobras Jr (pictured), with compatriot and future GT star Jaime Melo as his team-mate, and Enrique Bernoldi also a frontrunner for the Helmut Marko-run Red Bull Junior team.

In 2013, Carlin driver Nasr is Brazil's only GP2 representative. One podium for Andre Negrao was the limit of Brazil's Formula Renault 3.5 success this year, while Formula 3's top Brazilian Pipo Derani took three podiums and eighth in the European standings.

Lewis Hamilton sure Mercedes could win in F1 without Ross Brawn