Verstappen was cutting his way back through the field on fresh super-soft tyres late in the race when he hit Grosjean on the approach to Sainte Devote.

The Toro Rosso driver felt Grosjean was to blame as he believed the Frenchman had braked too early but the stewards found Verstappen responsible and handed the 17-year-old a five-place grid penalty for the next race in Canada.

"I would say what for me was pretty dangerous was the accident with Verstappen," said Williams driver Massa.

"He's supposed to get a penalty for what he did. He braked behind, much later and what happened was very dangerous.

"It shows maybe that experience counts in Formula 1 and I think to teach about this type of accident, they need to control better because it was very dangerous.

"He is lucky he was not hurt. He could have been very hurt after what happened."

When asked if he would raise his concerns with regards the incident, Massa said: "Well this type of mistake, yes. 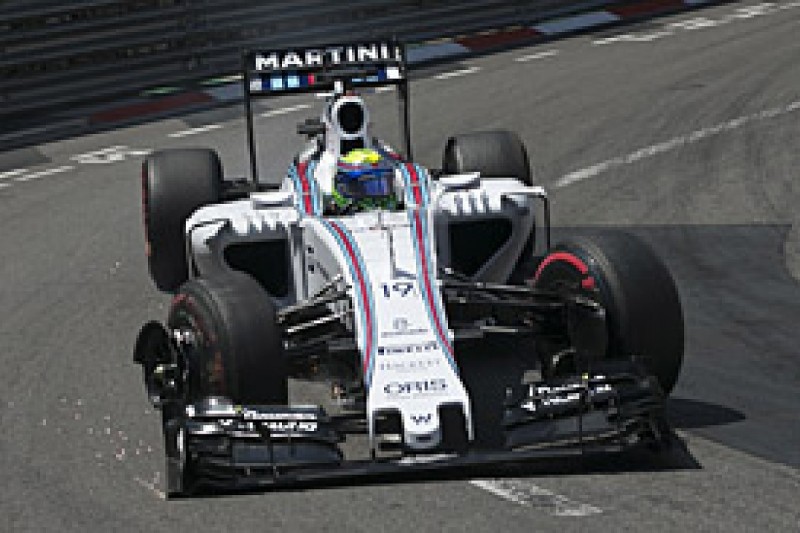 "It was very dangerous for him because he's 17. If he is hurt, everyone would talk about it, asking 'why do they give a licence to a 17-year-old and he's doing that?'"

While Massa agreed with the decision to penalise Verstappen, he was surprised the stewards did not investigate his collision with Force India's Nico Hulkenberg.

The pair came together at Sainte Devote at the start, with Massa suffering damage to his front wing and front right tyre, forcing him to pit.

"They need to analyse a bit better what happened with me on the first lap," said Massa.

"They didn't even show on the television, he pushed his car over mine.

"Hulkenberg was on the inside, I was on the outside and then on the exit of the corner, he moved his car over my car.

"It destroyed my front wing, my front tyre and my race."