Felipe Massa a 'remarkable' reference for Williams F1 team in 2017

Felipe Massa was a consistently great reference point to ensure Williams was getting the most out of its 2017 Formula 1 car, says chief technical officer Paddy Lowe

Massa came out of retirement to race for Williams for a fourth year in 2017 after Valtteri Bottas left to replace Nico Rosberg at Mercedes during the winter.

Massa scored 43 points for the team and was in contention to win the Azerbaijan Grand Prix before he suffered a suspension problem.

Lowe said Massa was consistent throughout the year, which in turn meant rookie team-mate Lance Stroll always had strong benchmark to judge his performance.

"He was a great reference for it [performance of the car]," Lowe told Autosport. "You always need a good reference somewhere in the garage.

"Sometimes you don't always find it on one side, you look for it on one or the other with two drivers.

"But Felipe has provided that reference at every race actually and that's been really valuable.

"There haven't been days where he's been lost, and not been able to give a reference for Lance and I think that's also quite remarkable." 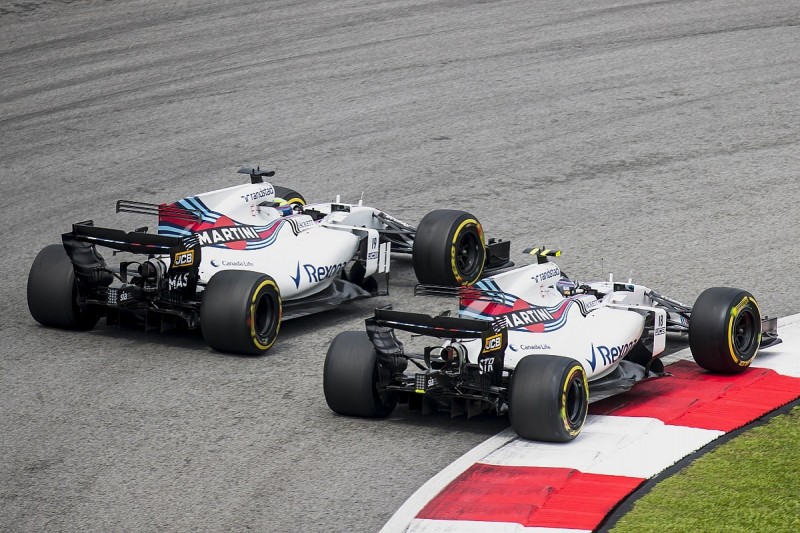 Massa was in contention to retain his seat for a fifth season, but essentially ruled himself out because he asked for a decision before the Brazilian GP, which was something the team could not commit to.

"The selection of the drivers is a very complicated process and there are lots of different factors we're taking into account," said Lowe.

"With the timing of it all, Felipe needed a decision before Brazil, and we weren't able to.

"He was still in the running and was a strong candidate but we weren't able to make that commitment at that point.

"So we agreed that he would drop out of considerations and retire from the team."