The 21-year-old Swiss is competing in Formula 2 this year with the Charouz Racing System team and he lies 11th in the standings in his second year in the series.

Haas announced Deletraz would drive in the second day of the post-season test in its VF-18 car.

He could become attractive to F1 teams in the future given his wealthy number of 42 superlicense points.

"I think they like the challenge and they see potential in me, they are happy to test me and to see the result and where we can go after that.

"I think Haas has a really good car, they are one of the first teams outside of the top three, so it's something [a deal] we've worked on for a while.

"The key thing here is I have 42 superlicense points so I am available for it.

"To validate that you have to do an F1 test." 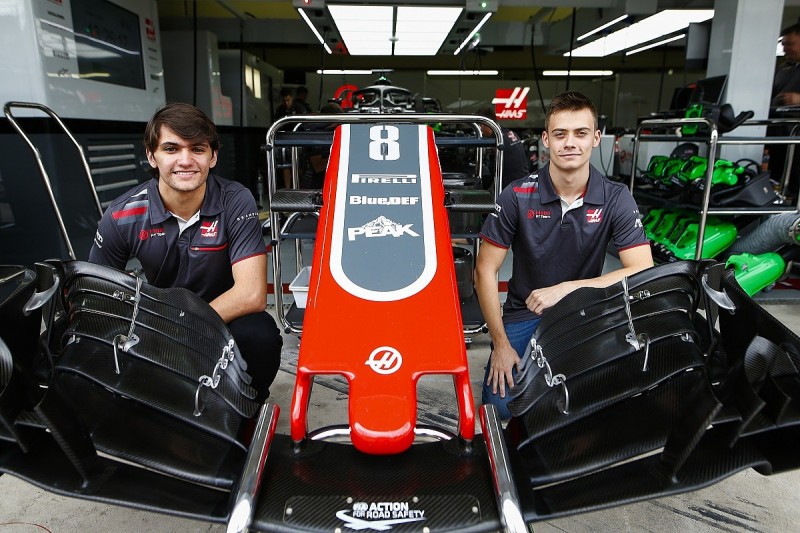 Deletraz admitted an F1 chance next year might be too early but is working on finding a seat as soon as possible.

He hopes the test will show that he is ready for the graduation.

"I hope that's the next step [F1], next year might be too early, all the seats are taken, but F1 is still the goal. The first step is with testing.

"The main focus will be for me to learn the processes of F1 and the car and to be as quick as possible, so that when I am in the car I will be able to be quick and give proper feedback.

"Of course I want to show my potential and speed, but it's also about working with the whole team, teams are much bigger in F1 and its about data for them as well.

"They trust me to get in the car and do a good job, and I will learn as much as I can on the day and do my best to help them move forward."

Deletraz would likely be higher in the F2 standings, but was the innocent party in accidents during two of the first three rounds of the season, and a technical issue had hampered his progress in the Bahrain opener.

He didn't score points until the fourth round at Monaco where he delivered one of the drives of the season in the sprint race and held off a charging Artem Markelov.

Deletraz was intermittently unable to change down gears due to an electrical issue and took second in the race when Lando Norris was demoted for a virtual safety car infringement.

The Charouz driver topped the F2 post-season test's opening day at Abu Dhabi in 2017 and was third-quickest over the three-day test.