The Ferrari driver used hypersoft tyres with a little more than half an hour remaining of the four-hour morning session to log the first sub-1m18s lap of the pre-season, a 1m17.953s.

That was a little under a tenth faster than Daniel Ricciardo's fastest time from Wednesday, which itself had beaten the unofficial record around the Circuit de Barcelona-Catalunya's current layout dating back to 2008.

Renault driver Nico Hulkenberg had set the pace earlier on hypersofts with a 1m18.675s and was good enough to leave him third at the end of the morning, 1.493s shy of Vettel. 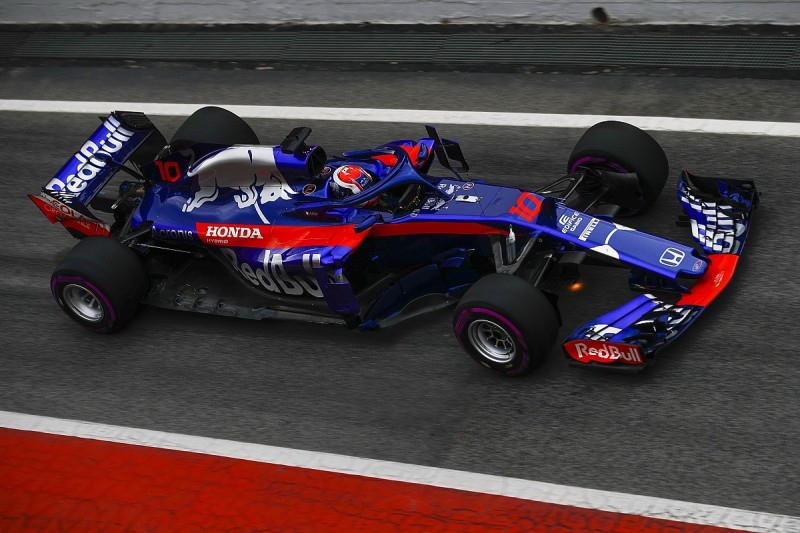 A late surge up the order on hypersofts by Pierre Gasly put the Toro Rosso driver fourth, less than a tenth further back, although he had his fastest time - good enough for second - deleted for cutting the chicane.

Stoffel Vandoorne was fifth-fastest, having led the opening two hours with a series of hypersoft runs in the McLaren.

After spending nearly two hours in the garage before reappearing just before lunchtime, Vandoorne ended up with fewest laps completed, 48.

Mercedes driver Valtteri Bottas was the morning's most productive driver, logging 97 laps and using the mediums to set a best effort good enough for seventh behind Marcus Ericsson (Sauber), who used hypersofts to go sixth-fastest.

Robert Kubica used supersofts to go eighth in the Williams ahead of Sergio Perez, who used hypersofts to improve in the dying stages for Force India.

Red Bull's Max Verstappen propped up the times, having only used soft tyres for his best lap.

The morning session passed without incident on-track, with no red flags.