Max Verstappen says he does not consider McLaren and Renault as major rivals for Red Bull in 2018, amid growing optimism about the pace of his RB14 Formula 1 car

Red Bull has had a strong pre-season testing programme so far, with Daniel Ricciardo topping the Barcelona times on Wednesday and Mercedes technical director James Allison singling out the team for praise.

But while Red Bull is not yet bullish enough to declare itself firmly a victory contender, Verstappen has made it clear that he is no longer worried about opposition from within the Renault-powered camp.

"You pay attention to everybody, but I don't think they will be our main rivals," he told Autosport about the potential threat from McLaren and Renault.

"And we don't want that to be the case as well, because that would mean we are not doing such a good job. We need to look [at the teams] ahead."

Verstappen said that there had been no dramas in testing and everything was progressing as expected.

"Yeah, quite good," he said. "Pretty relaxed. I do my own thing and we manage to do our laps.

"For sure this week is better than last week, in terms of temperatures and what you can learn from the car." 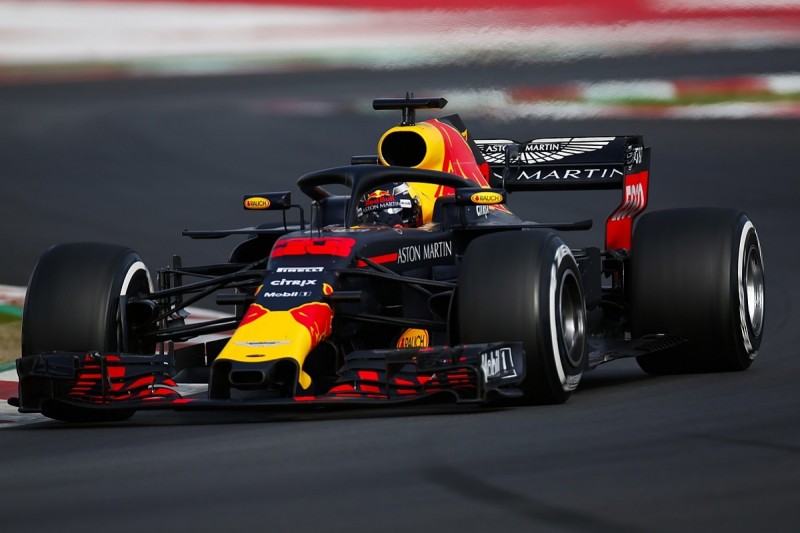 Verstappen's bullishness about the car is matched by Red Bull's motorsport advisor Helmut Marko, who thinks that the team's chassis is strong enough to fight with Mercedes.

Although he concedes engine modes may give his rivals a qualifying advantage, he thinks suggestions Mercedes could be suffering from rear tyre management issues is reason to believe things could swing back in Red Bull's favour in the races.

When asked by Sky if he felt Red Bull could fight with the reigning champion team, he said "I would say from the chassis side, yes. But Mercedes in qualifying, there always comes from the engine an extra two or three tenths.

"If you compare our car to last year's car it is so much more sophisticated, and so far everything is working as we expected. Hopefully we can match them."

Pushed on whether Red Bull could be the team to beat on slow speed circuits, Marko added: "We won one race last year by our own. There was no problem with Mercedes when we beat [Lewis] Hamilton [at Sepang].

"What we have seen is that their rear tyres are overheating. It is depending on the overall package and we still have something to come, so we are positive."

Marko also feels Red Bull has an advantage over Ferrari, despite Sebastian Vettel's record breaking lap of Barcelona on Thursday.

"Vettel just did a 1m17.6s but it is cooler today," he said. "We don't know the sort of load of fuel they have, but from a package overall, and let's say on this circuit, it looks like we are a little bit ahead."