The majority of the teams avoided doing any significant mileage during the morning due to low temperatures, with the track only starting to get busy shortly before midday.

Valtteri Bottas was the first driver to post meaningful lap times to kick that spell of activity off, although he was briefly usurped by Stoffel Vandoorne's McLaren on a set of the new hypersoft tyres.

The Mercedes, running soft tyres at the time, responded just before 1pm to occupy the top spot, with track running continuing as the 1pm-2pm lunchbreak was removed to allow teams to recoup mileage lost to the cold weather.

Shortly after 3.30pm Bottas emerged on track just in front of Vettel, and the Ferrari driver backed off to get clear track for a series of quick laps on the soft tyre.

Of his three attempts, with cool-down laps in between, Vettel got into the 1m19s with the first two, ending the day fastest with a 1m19.673s.

Bottas then switched to the harder medium-compound tyre and joined Vettel in getting under 1m20s to finish up 0.303 seconds down on the Ferrari.

But after stopping for lunch following a red flag caused by Sauber rookie Charles Leclerc spinning at Turn 4, McLaren did not return to the track for the rest of the day, with Vandoorne's tally of laps limited to just 37.

Verstappen also had his day hampered when he lost the morning running to a minor fuel leak, but he completed a relatively busy afternoon programme to end the day with 67 laps in fourth place.

Carlos Sainz Jr and Pierre Gasly were next up, the latter managing 82 laps as Honda and Toro Rosso enjoyed another productive day, with Robert Kubica seventh for Williams on his first appearance of 2018. 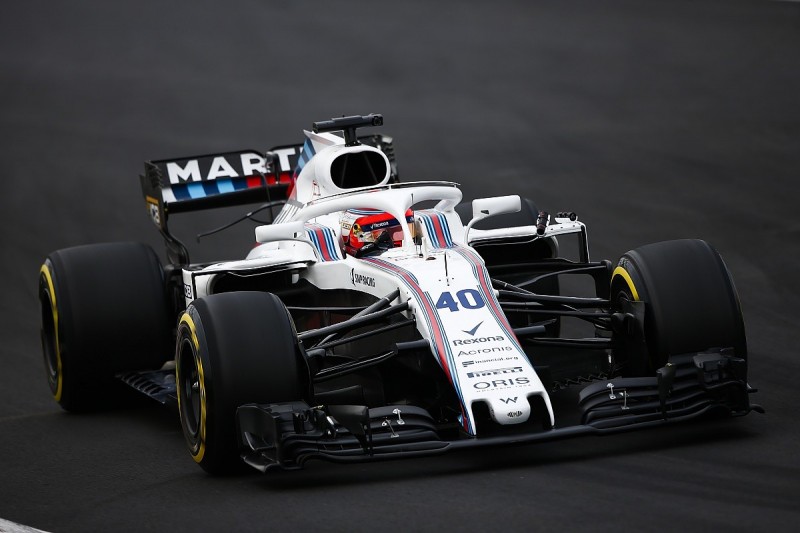 Kubica took over from Sergey Sirotkin - the man who beat him to a race drive with the team - and ended the day 0.327s faster than the Russian after completing a series of soft-tyre runs in the afternoon.

Ferrari customers Sauber and Haas brought up the rear of the field with Leclerc - who managed 81 laps despite his Turn 4 mishap - and Kevin Magnussen, who only managed limited running, including a narrow escape when he slid off the road at Turn 4 and just managed to avoid the barrier after a trip through the gravel.

The only other red flag of the day was caused by Vettel, who spun at Turn 1. He managed to get going without assistance and returned to the pits with the car in one piece, but the session was stopped to allow the track to be cleaned after he dragged gravel with him as he rejoined.

A turn in the weather led to a quiet final hour, with reports of snow in some areas of the circuit resulting in teams either stopping their programmes entirely or switching to short runs on the intermediate or wet tyres.