On Tuesday it revealed full details and also released a short video showing what the new service will look like.

The premium service, called F1 TV PRO, will include ad-free live coverage of every session, access to all 20 on-board cameras, press conferences, support races and other exclusive footage.

F1 TV PRO will be made available in four languages (English, French, German and Spanish), and in a number of different markets including Germany, France, USA, Mexico, Belgium, Austria, Hungary and much of Latin America.

Sky has exclusive UK live rights in a deal that runs from 2019 to 2024, which currently precludes the streaming service being offered in the UK before '25.

While access will initially be available through desktop and the web, in the future there will be mobile apps phased in through Amazon, Apple and Android.

The service will cost users between $8 and $12 per month, with annual rates priced according to the market. 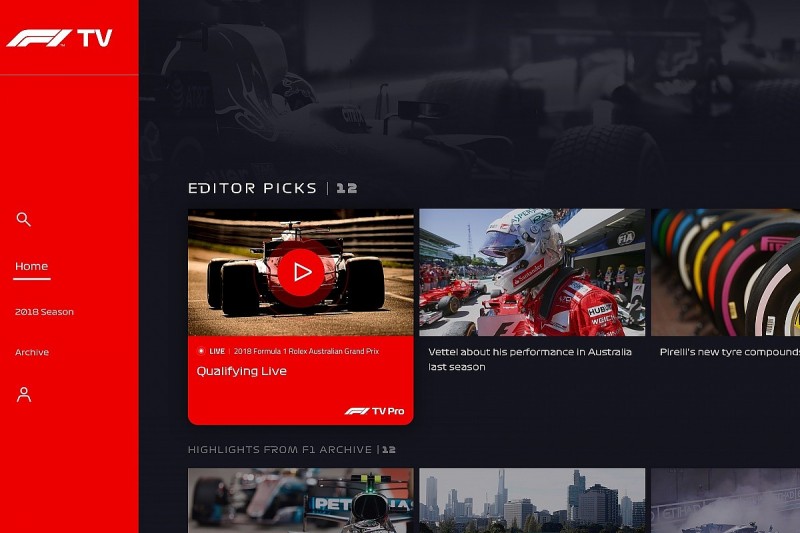 A less expensive non-live-streaming service, called F1 TV Access, is similar to what has been available up until now with live timing data, radio commentary and extended highlights - including historic footage. This will be available in nearly every country.

F1 said the new service was driven by its desire to offer the best TV service to watch live races.

Frank Arthofer, F1's director of digital and new business, said: "Our objective with F1 TV is simple: provide these fans with the best available service to watch live grands prix and provide them with the best sports OTT customer experience in the world.

"Our team and our partners are singularly focused on delivering on that vision: not just for launch but over the long-term. Live streaming video is an exciting space changing almost daily."