A weather-disrupted opening test, topped by Mercedes and Lewis Hamilton, piled more work on the 10 F1 teams for the final four days before the season opener in Australia at the end of this month.

Vettel fired a statement of intent on Thursday with a 1m17.182s that shattered the previous fastest lap of the Spanish Grand Prix circuit by 1.2 seconds.

His team-mate Kimi Raikkonen added further gloss to Ferrari's week by lapping within a tenth to top the final day of testing on Friday.

Vettel was also the test's busiest driver, completing 425 laps, thanks to Raikkonen needing to forfeit his first morning of the final week thanks to illness.

He was still minded to urge caution though, especially as the four-time double champion team Mercedes focused on long runs and ended up 1.3s off the pace.

"It's the wrong conclusion to look at the time sheet," said Vettel after Thursday. "There's more to it than a good lap."

The Ferraris were well clear of the rest of the pack, surprisingly headed by Fernando Alonso and McLaren.

Alonso stopped twice, in the same place, on Wednesday and Friday as reliability problems plagued the start of the Woking team's first season after ditching Honda for Renault power. 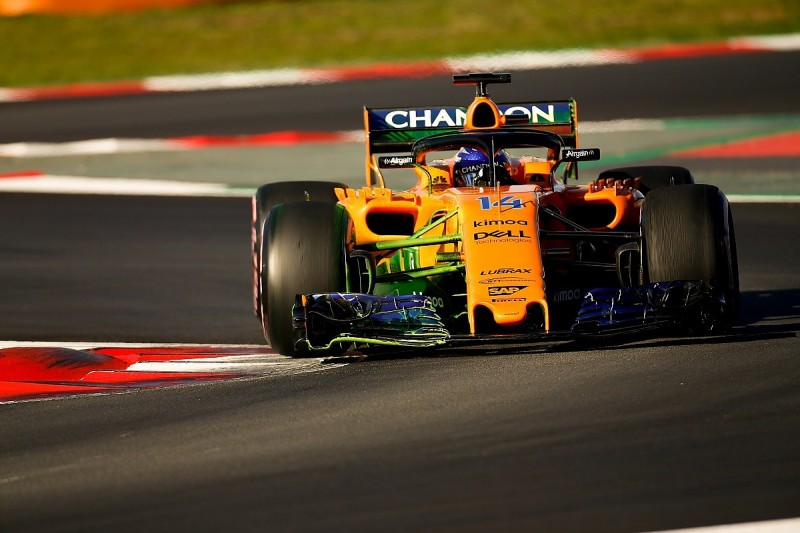 McLaren had to change the engine after each stoppage but Alonso emerged late on Friday to give the team a reprieve in the closing minutes of the test with the third-best time, 0.6 seconds behind Vettel's best.

It meant McLaren ended up as the fastest Renault-powered team, with Alonso heading Daniel Ricciardo's Red Bull and Carlos Sainz Jr's works entry as all three outfits were covered by three tenths of a second on the time sheets.

Kevin Magnussen was fifth fastest and gave Haas a pre-season boost as the only driver in the overall top six to do his best lap on supersoft tyres while everyone else used the new hypersofts.

It is threatening pace as well as reliability, too, with Pierre Gasly firing in a quick lap near the end to demote reigning champion Lewis Hamilton to eighth in the times. 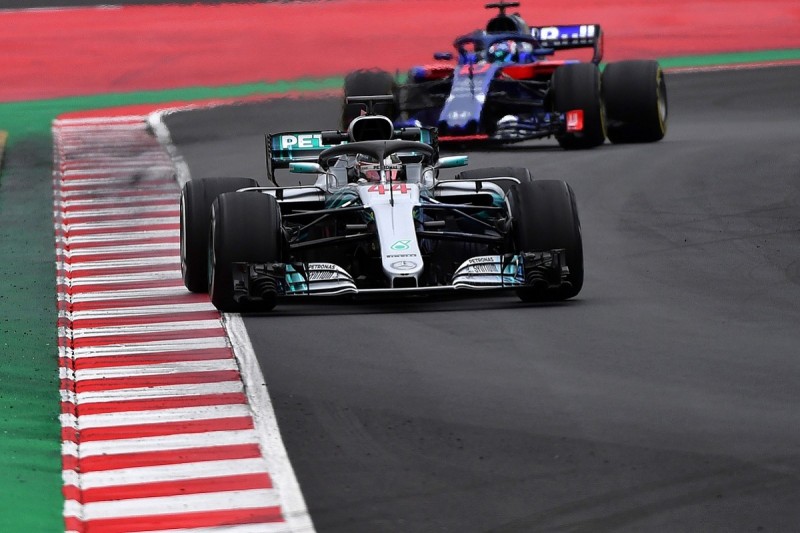 Mercedes was still bullish at the end of testing, though, after yet again completing the most mileage.

Its final tally of 1040 laps made it the only team to hit four-figures across the two weeks, with Ferrari (929) completing more than 100 laps fewer.

Williams and Force India helped keep Mercedes atop the pile on the engine manufacturers' count too, leading Ferrari 2570 to 2409.

Renault's tally was limited by a combination McLaren's reliability woes, the occasional setback for Red Bull and a gearbox-induced miserable final day for the works team, but the French manufacturer still logged more than 2000 laps.

Honda's improved showing with Toro Rosso is reflected by a final tally of 822 laps, a significant improvement on the 425 it managed last year with McLaren.

10 things we learned from the final F1 test