The Brackley-based outfit rounded out its pre-season testing programme with another solid day at Barcelona on Friday, with observers pointing to the team's strong long-run pace this week as evidence it has maintained its position as pre-season favourite.

But having not run the fastest hypersoft tyre all week, and having suffered some blistering on the soft compound, Valtteri Bottas says that there remain some question marks about its performance in certain circumstances.

"We got the medium and the hard tyres to work quite well I think," said the Finn.

"We still have issues with blistering on the softer compounds.

"Hopefully it will be different in Melbourne, but on the new track surface here in Barcelona we had some difficulties."

Last year's Mercedes W08 had a similar characteristic for performing on the harder tyres, but Pirelli has played down the evidence of blistering in testing as anything to be worried about.

"Blisters is not a surprise considering the energy the new cars are putting on the new tyres," said Pirelli's head of car racing Mario Isola.

"The layout is the layout we know - it's high severity with a lot of corners, high-speed corners.

"The lateral forces in Turn 9, and when they brake at Turn 1, they are full throttle until Turn 4. The speed is really high. 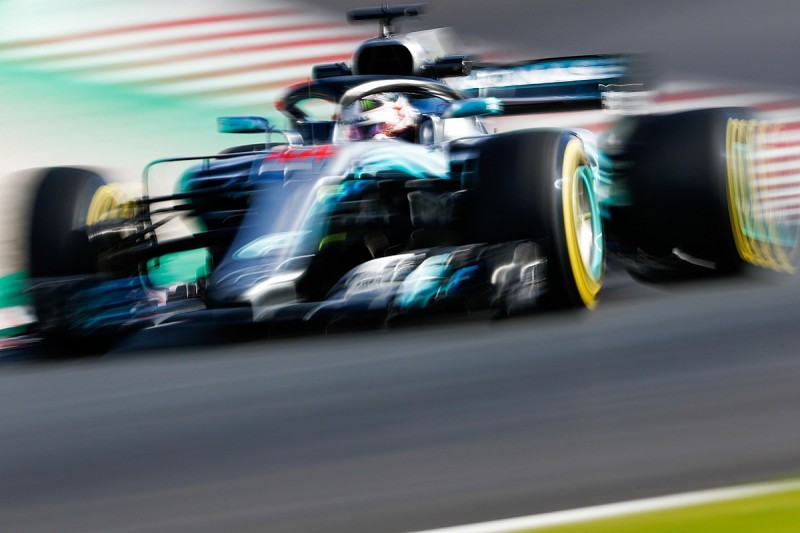 Despite the issue of the soft tyres, Mercedes has declared its test a huge success, and says it has done all that it wanted to before the start of the season.

"It's been a really positive test," said Lewis Hamilton. "We got through everything, reliability has been great.

"We're happy with the information that we've got.

"It's still difficult to know exactly where we are in comparison to Red Bull and Ferrari and we won't fully know that until we get to the first race.

"But I feel like we've got as much information as we could in order to equip us with the best data to go to the season opener."

Technical director James Allison added: "I think we can look back on these two winter tests with some satisfaction, having designed, planned and then executed a very complex series of tests with some competence.

"We finish winter testing feeling like we've explored the car and the tyres.

"We know that we put a good amount of kilometres onto it without any significant reliability difficulties and feel that we have in the car a good, strong foundation on which to build our 2018 campaign.

"Both drivers seem to like the car, it responds well to set-up changes and has shown a good turn of speed."