Only five teams ventured out onto the track at all on Thursday, in a session that was delayed by three hours due to snow.

Even once the snow cleared the track was too wet for any proper running, with Fernando Alonso completing the only two timed laps of the day in the final 15 minutes.

Ferrari did not send Kimi Raikkonen out, and afterwards the team said it saw no reason to try to complete any work on track.

"Even when the snowfall turned to rain in the afternoon, temperatures never reached the sort of numbers required to run a Formula 1 car," Ferrari posted on its website.

"Air temperature just crept over two degrees with the track a fraction more.

"There was no point in venturing out, because with such low temperatures, even the wet tyres would not work properly and furthermore, running would not generate any worthwhile data on how the car was performing.

"Come the afternoon, Kimi and the team took the only reasonable decision, namely to write off the day, which under the current regulations cannot be recovered later."

Ferrari said it will not change its driver plan despite Raikkonen losing a day of running, with Sebastian Vettel taking over tomorrow and the drivers splitting next week's second test evenly. 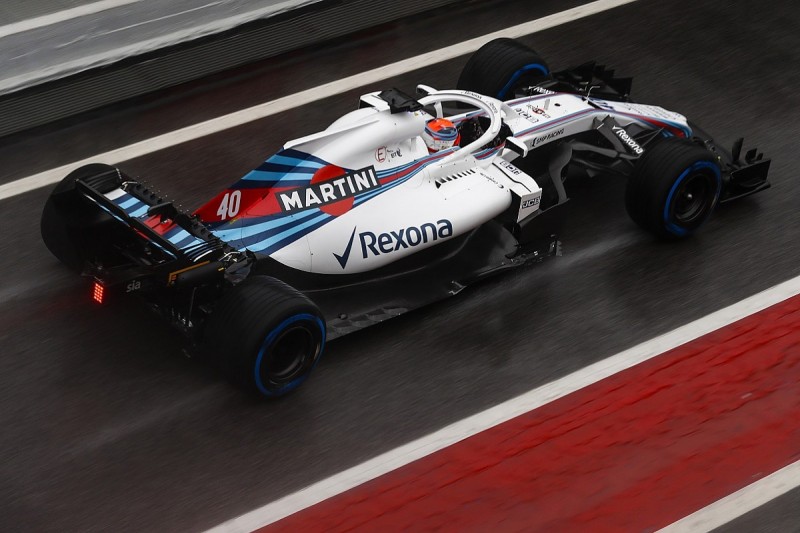 Robert Kubica, who ventured out for one lap with Williams, said it was too difficult to keep driving in the conditions.

"It stopped snowing before midday but there was still a lot of standing water," said the Pole.

"We tried but it was nearly impossible to do anything so we stayed in the garage for most of the time."

Mercedes joined Ferrari in not taking to the track at all, and its technical director James Allison said the lost day was something to "take on the chin".

"We now have one-eighth less testing available to us, so we shuffle our programme around and try to fit all the work we need to do into seven days instead of eight," he said.

"Winter testing is always tight, but this is only because you're trying to achieve as much as possible in the time available.

"There's just slightly less time available now. It is the same challenge for all the teams, so we take it on the chin and move on."