It will initially be available in 58 countries, but not those where broadcasters have ongoing exclusive digital rights contracts - including the UK, where Sky has a deal until 2024.

The service will cost the equivalent of around $100 a year in the local currency, while there will also be a cheaper service featuring race re-runs and historical content made available globally.

Frank Arthofer, F1's head of digital and new business, believes as many as five million fans in eligible countries could eventually subscribe, with the potential for an annual income of up to $500million.

"Firstly it's [for] fans who don't have cable, but who are F1 fans in a given market where it's available on a pay TV basis, and they'd like to subscribe directly," said Arthofer.

"And then I'd say the second demographic are the super hardcore fans.

"We have by our estimates around 500 million fans in the world, about 5% of the world's population, which is quite a number.

"If even conservatively, 1% of that customer base is a hardcore fan, that's a five million addressable audience to sell this product to, who would potentially be willing to pay the incremental fee for what is really the best way to watch F1 in the market."

Asked by Autosport if five million was a realistic initial target Arthofer said: "I wish the total addressable potential base would all subscribe. I think that's probably a big number in the short term.

"I'm not sure that we'll convert all of those folds in the first year or two. That's a marketing and product challenge we'll be addressing.

"We're optimistic the opportunity is significant. We're not at the moment quantifying or putting numbers against how many customers we expect to deliver."

He added: "The biggest pressure is not a fiscal one at this stage. It's about delivering a great product and a stable experience for fans.

"That's why when we launch in Australia, we'll launch on desktop only for the first race, to make sure we get that right, and then move thereafter onto launching mobile apps, and them move onto launching connected TV devices."

Arthofer stressed F1's streaming plans were built around agreements with traditional broadcasters and that it could work with them to involve them in the package.

"In the markets where we haven't carved the rights out, like the UK as an example, we're very open to working with our partners to consider a path to upselling this product to our broadcast partners' customer base."

He also said F1 had been "aggressive" in working with its technology partners to protect IP addresses and deal with the issue of potential subscribers from "blocked" countries using VPN access to circumvent the system. 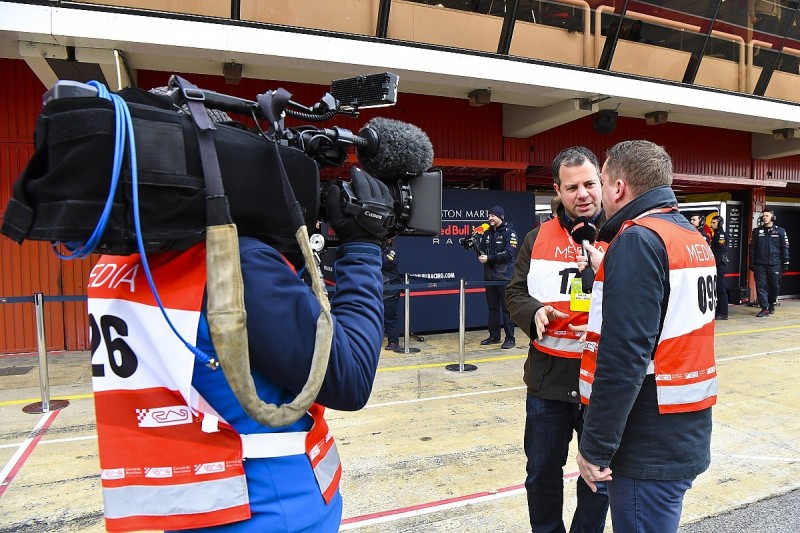 How a grand prix is run - the inside story