The majority of Formula 1 teams agree the return of active ride would be the simplest way to clarify confusion surrounding the legality of suspension systems, Autosport has learned

The reintroduction of active suspension is one of four approaches under evaluation for 2018, with the FIA understood to be considering clarifying the existing regulations ahead of the first pre-season test at Barcelona that starts on February 27 in the interim.

Debate about pre-loaded suspension systems has dragged on for several weeks, after Ferrari asked the FIA for clarity regarding the devices helping aerodynamic performance.

As a result, four options, one of which is the reintroduction of active suspension for the first time since it was outlawed ahead of the 1994 season, are being considered based on a document drawn up by McLaren.

Given the scale of the change, if agreed upon by the teams and the FIA, such a regulation change wouldn't come into force until 2018 at the earliest.

The active suspension proposal suggested the standardisation of the actuators would prevent a costly technical arms race.

Should this route be pursued, an active suspension proposal submitted by Mercedes in 2014 has been suggested as a good starting point for defining a four-channel system that would allow teams to control heave and roll electronically. 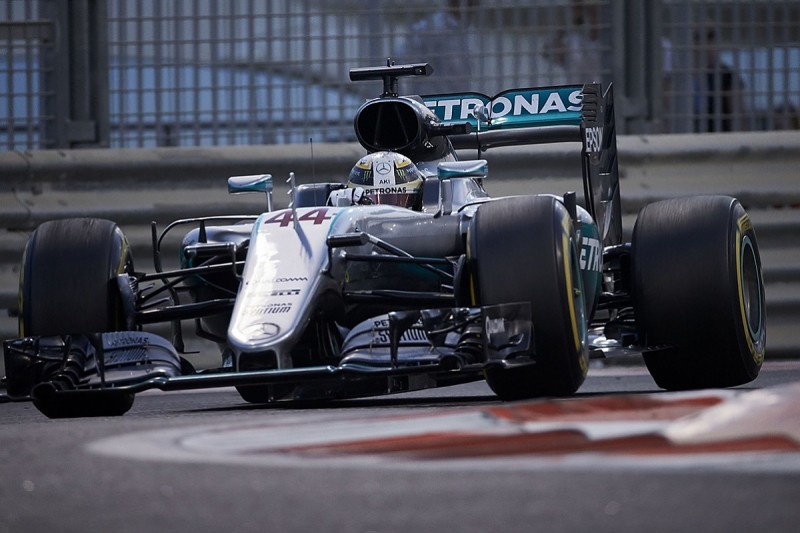 A second option suggests tightening up the suspension regulations to prevent passive systems designed to influence the aerodynamic platform.

This is based on a Ferrari proposal to interpret the original decision banning active suspension more strictly and would require a change to the wording of Article 3.14 of the technical regulations, which governs aerodynamic influence.

This would effectively allow passive systems designed to control the aerodynamic platform, although the regulations would stop short of allowing designs such as FRIC (front-to-rear interconnected) suspension to return.

While it would eliminate question marks over the legality of certain systems, there are concerns this would prove expensive.

The final option is to retain the existing regulations, but with the FIA carrying out more checks to ensure compliance and teams being required to submit documentation explaining their suspension designs.

The four options will form the basis of an ongoing discussion, which will shape the interpretation of the regulations this year and wider changes potentially made for 2018.

First of all I am against anything that could be defined as viewer or spectator hidden technology.

It only adds confusion to what is going on as one team will be better at it than the others and so once again it would take away the driver's input.

If you have an active system, be it simple or not, in effect it will reduce braking distances and improve traction. Neither of these will improve the spectacle and they will again reduce the reliance on driver skills.

Active suspension is a means to optimise the aerodynamic platform. This can be done in the car concept and design stage and is far more challenging from an engineering point of view then than just creating a suspension ride height map that optimises the aerodynamics after the fact.

If I read it correctly I think I favour the 'Ferrari' route: it could probably be worded simpler but when did F1 ever make anything simple?