Lance Stroll claimed his maiden Formula 1 pole position in a dramatic wet qualifying for the Turkish Grand Prix. Here's how and when you can watch the race

The Racing Point driver beat Max Verstappen to pole despite the Red Bull driver topping all three practice sessions plus Q1 and Q2 of qualifying at Istanbul Park, as Stroll produced a stunning late charge to pole using the intermediate tyres during the rain-hit qualifying.

But the Canadian driver was made to sweat over his first F1 pole after being placed under investigation for ignoring yellow flags during Q3. Stroll was alleged to have not slowed during his pole position lap after Racing Point team-mate Sergio Perez spun at Turn 7, but avoided a penalty having been judged to have slowed sufficiently under a single yellow flag sector.

It meant Stroll retained pole position from Verstappen, with Perez set to start the Turkish GP from third place, with Red Bull's Alex Albon joining him on the second row in fourth place.

Daniel Ricciardo slotted into fifth place for Renault ahead of Lewis Hamilton, as Mercedes struggled to get the tyres into the right working range during the wet qualifying which led to the British driver calling it "the least enjoyable" F1 qualifying of his career.

However, Hamilton still starts in a prime position to secure his seventh F1 world drivers' title this weekend with sole remaining championship rival and Mercedes team-mate Valtteri Bottas down in ninth place after qualifying. Bottas must outscore Hamilton by at least eight points to ensure the title fight continue until the next race.

Qualifying turned into a nightmare for McLaren as both its drivers missed out on Q3 before both were hit with grid penalties after the session. 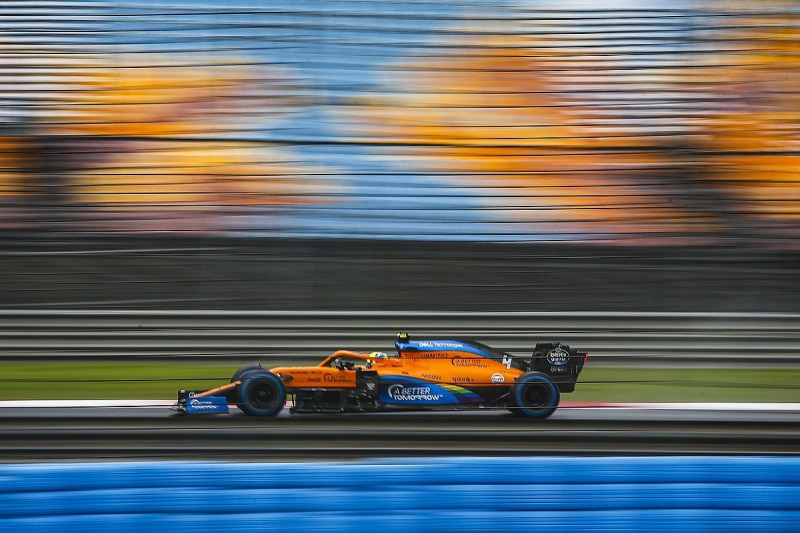 Carlos Sainz Jr picked up a three-place drop for impeding Perez in Q2, meaning he is set to start P15, while team-mate Lando Norris drops to P16 after he received a five-place grid penalty for setting his fastest lap under double waved yellow flags in Q1. 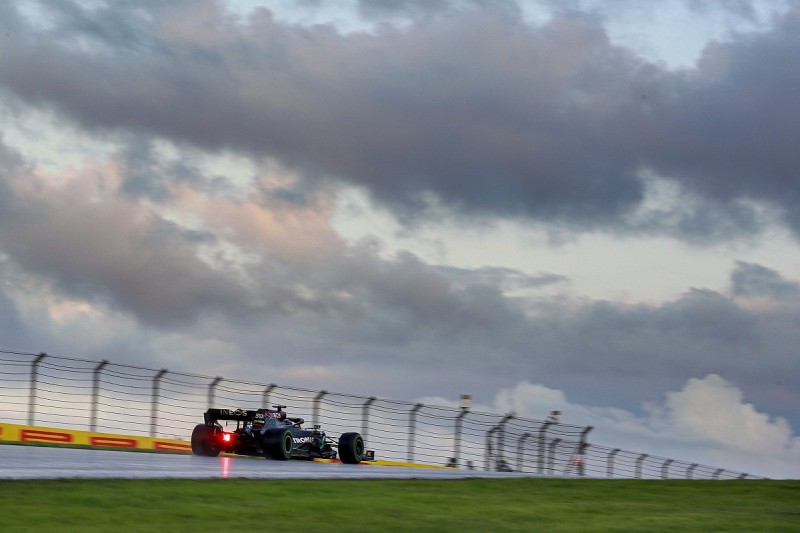 When is the F1 Turkish Grand Prix?

In the United Kingdom, Sky Sports has exclusive live broadcasting rights (excluding the British GP), with the Turkish GP race shown live on Sky Sports F1. Pre-race coverage will be starting at 8:30am GMT ahead of the race start at 10:10am GMT.

Channel 4 will be showing extended highlights of the race on Sunday evening, starting at 4:00pm GMT.

Autosport is running a live text commentary for the Turkish GP.

Current weather forecasts predict cloudy weather at Istanbul Park on race day, with a fair chance of rain. The temperature is expected to be 14 degrees Celsius for the start of the race - around the same as qualifying.

How many laps is the Turkish GP?

The race is scheduled to complete 58 laps of the Istanbul Park circuit, covering a total race distance of 309.396km.