Lewis Hamilton led the Friday practice times ahead of Mercedes team-mate Valtteri Bottas at the Formula 1 Spanish Grand Prix. Here’s how and when to watch qualifying.

The reigning F1 world champion battled back after Bottas topped FP1 to set the fastest time of the day in the afternoon session, with Hamilton posting a 1m18.170s during a soft tyre run.

Bottas completed a Mercedes 1-2 in FP2, 0.139s off Hamilton’s top time, but was just 0.026s ahead of Ferrari’s Charles Leclerc in an incredibly competitive top group, with the top 14 drivers covered by less than one second.

After running wide and catching a snap of oversteer during his qualifying-style run on the soft tyres, Max Verstappen dropped down to ninth place in the FP2 times for Red Bull with his fastest lap time recorded on the medium tyres.

It was also a difficult day over a single lap for Verstappen’s team-mate Sergio Perez, who could only manage 10th place in the second session at Circuit de Barcelona-Catalunya for Red Bull.

Alpine can take encouragement from its Friday showing with Esteban Ocon in fourth and Fernando Alonso in fifth in FP2, with a similarly solid showing by AlphaTauri with Pierre Gasly in sixth and Yuki Tsunoda in seventh.

Carlos Sainz Jr slotted into eighth place for Ferrari ahead of his home race, with the two Red Bull drivers rounding out the top 10.

While there were no major incidents in FP2, the morning session was briefly red-flagged when Alfa Romeo test driver Robert Kubica – stepping in for Kimi Raikkonen – spun into the gravel at the reprofiled Turn 10. Nikita Mazepin also spun early in FP1 exiting Turn 7 but avoided any serious damage. 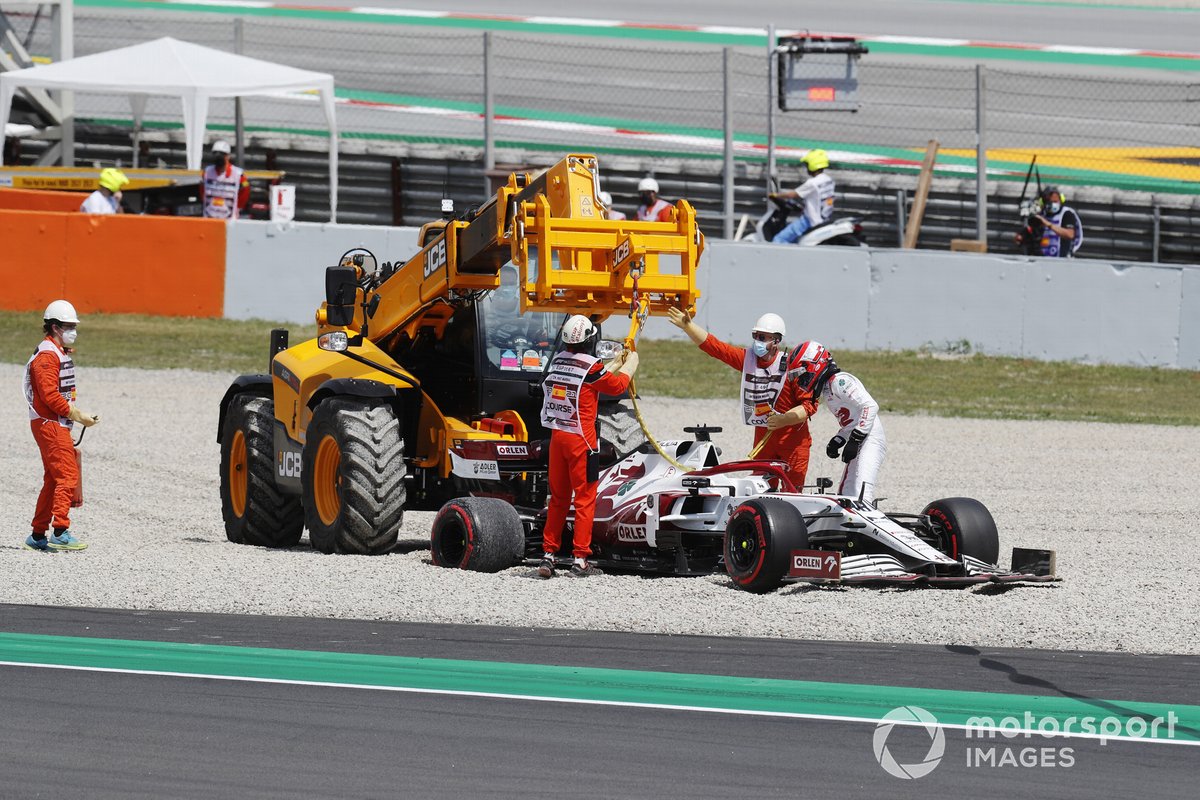 Robert Kubica, Alfa Romeo Racing C41, brings out the red flags in FP1 by beaching his car in the gravel

What time does qualifying for the Spanish Grand Prix start?

In the United Kingdom, every F1 practice, qualifying and race is broadcast live on Sky Sports F1, with Spanish GP qualifying coverage starting at 1pm BST. 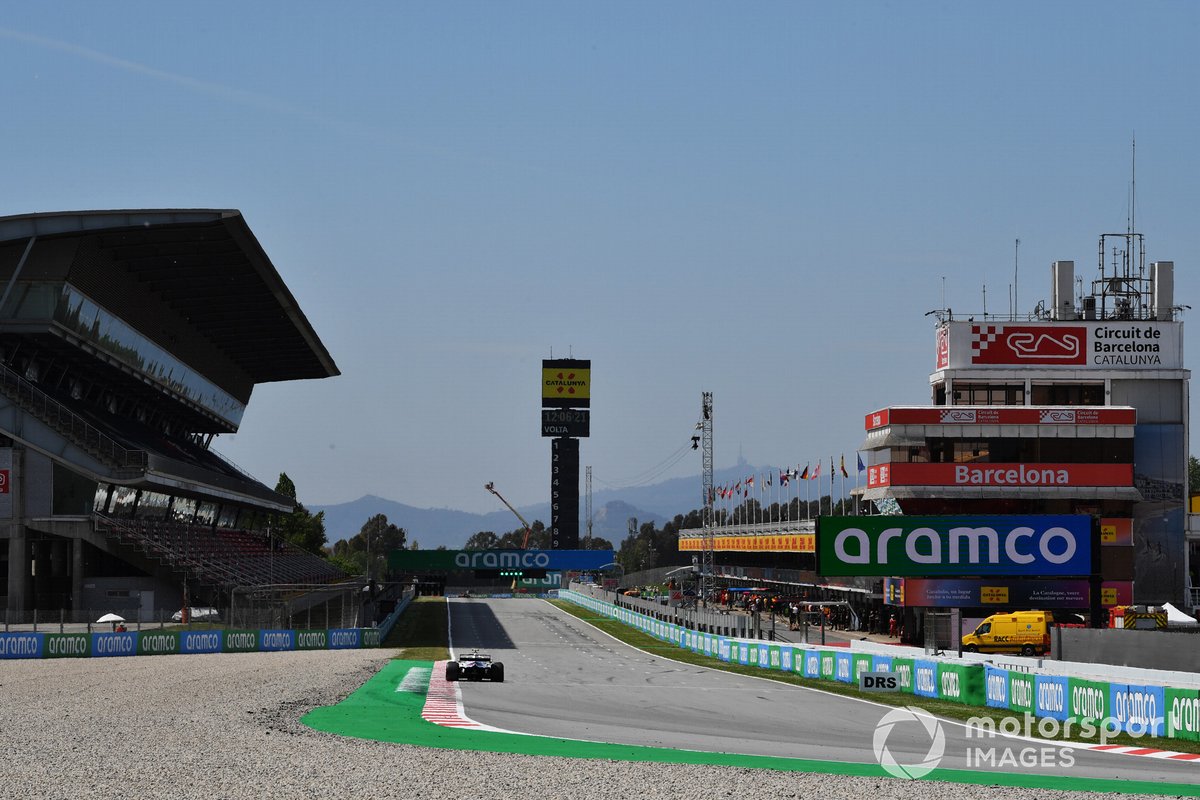 In the United Kingdom, Channel 4 is broadcasting highlights of qualifying for the Spanish GP at 6:30pm BST on Saturday. The full programme will run for 90 minutes, covering both qualifying and wrapping up the major talking points of the race weekend so far.

Coverage of the Spanish GP qualifying will start at 1:55pm BST on the BBC 5 Live Sports Extra channel. 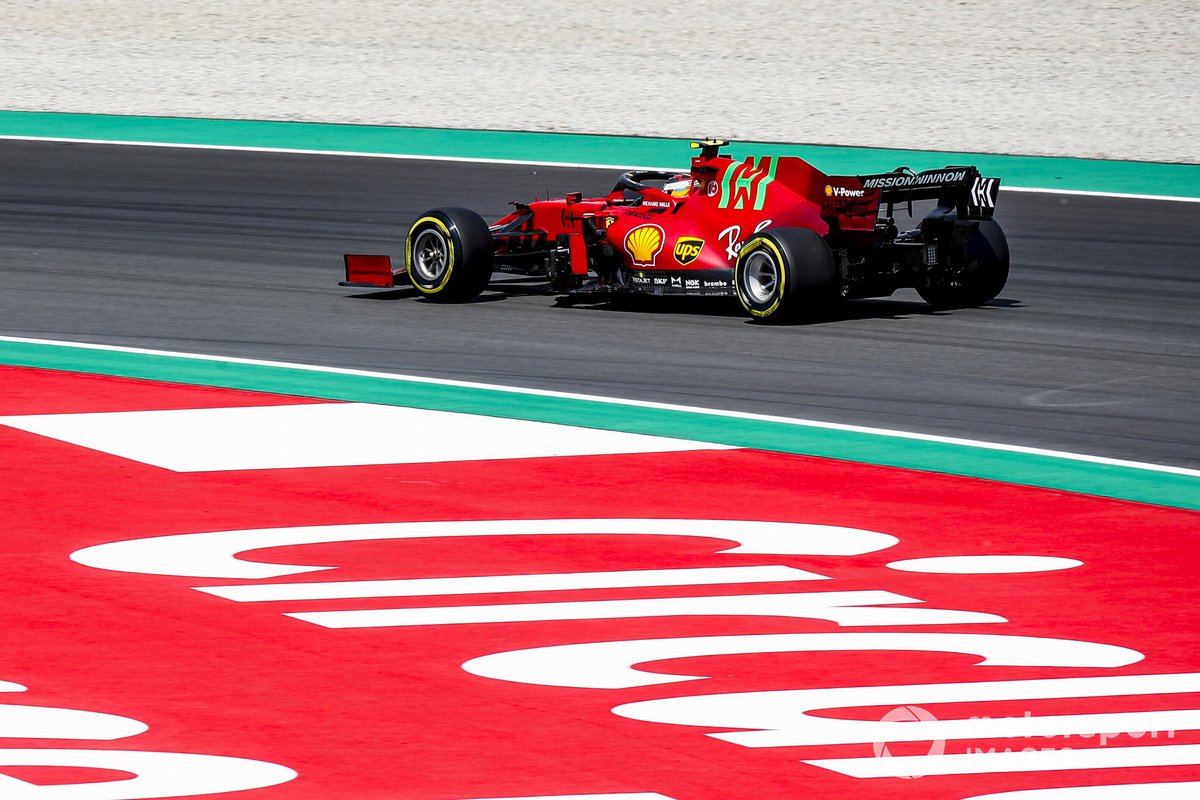 What's the weather forecast for qualifying in Barcelona?

Sunny but cloudy conditions are forecast for Saturday afternoon at Circuit de Barcelona-Catalunya but it is expected to remain dry throughout. Temperatures are set to be 24 degrees Celsius at the start of qualifying – around six degrees warmer than qualifying for the Portuguese GP.