Under clear skies and in warm temperatures, Robert Kubica, running in place of Kimi Raikkonen at Alfa Romeo for FP1, set the initial P1 benchmark at 1m27.006s on the hard tyres.

But Kubica was almost immediately demoted by Bottas’s 1m21.899s, also set on the white-walled rubber.

Just after Nikita Mazepin lost the rear of his Haas accelerating out of the fast Turn 7 left, spearing off left before he reached the kerbs of the uphill Turn 8 right, Hamilton took over at the top.

His 1m21.014s was also set on the hards and remained the time to beat until Verstappen set his opening fastest lap on the same compound a few minutes later – a 1m20.405s.

The championship leaders continued on a lengthy opening run, but were briefly deposed at the top of the times by Fernando Alonso’s 1m19.950s just past the session’s 10-minute mark.

Alonso’s time was set on the soft tyres but didn’t stay as the benchmark for long as Hamilton’s hard tyre run included a faster lap a few moments later – a 1m19.675s.

After a lull in the action leading up to the halfway point, Sebastian Vettel went quickest with a 1m19.234s as the majority of the pack made the switch to soft tyres.

Hamilton’s first lap on the softs restored the Briton to P1 with a 1m18.808s, while Bottas had to back out of his first run on the red-walled tyres by sliding wide going through the long right-hand Turn 3.

But his second time took him to just 0.030s behind his team-mate before Hamilton improved again with a 1m18.627s.

After a trip through the pits, Bottas was able to nose ahead of Hamilton with a 1m18.504s, which featured the session’s then best time in the second sector, where Hamilton went slower than his own personal best on his fastest lap, although he remained fastest in the opening and concluding segments. 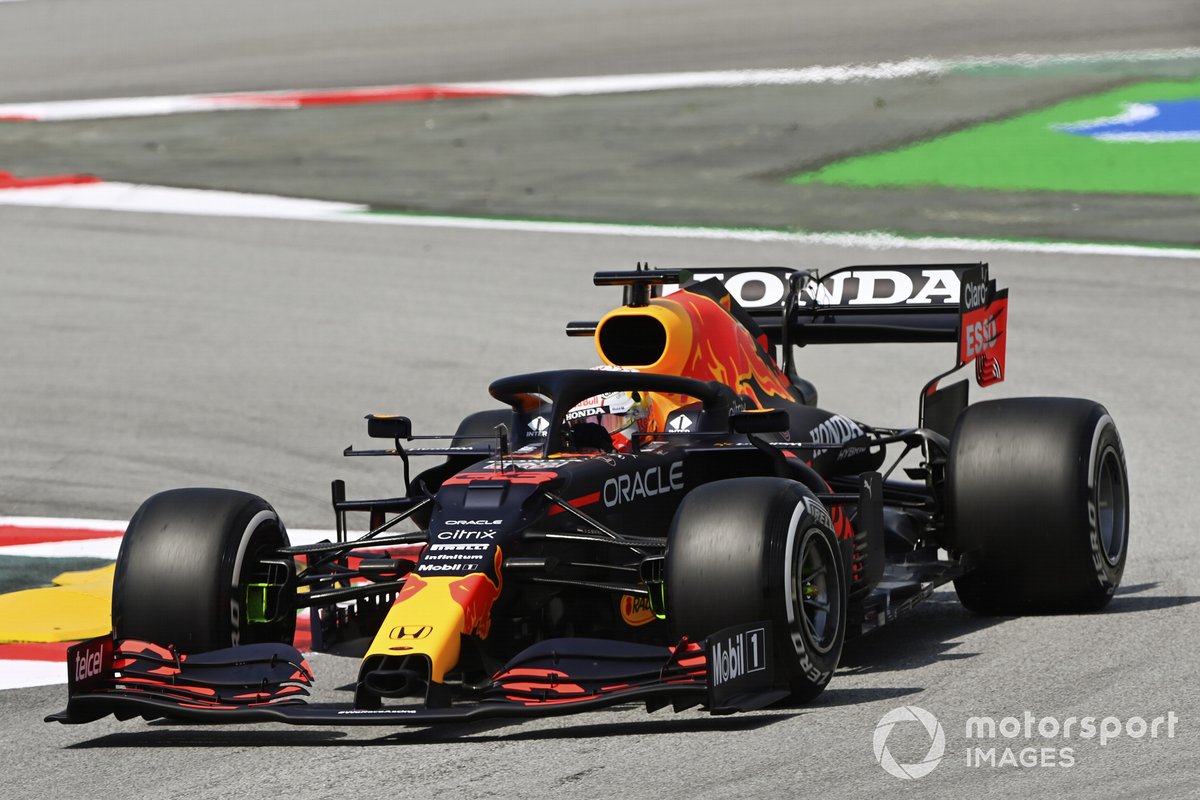 The Red Bull cars had remained in their garages for a big chunk of the middle part of the session and the team lost further track time when the session was red flagged with 15 minutes to go after Kubica lost the rear of Raikkonen’s Alfa going through the reprofiled Turn 10 long left.

Kubica spun off backwards and got beached in the gravel beyond the corner, which meant his car had to be craned away and nearly 10 minutes were wiped off the clock during the recovery.

When the session resumed with just under 10 minutes to go, the Red Bull drivers made the first appearance on the softs.

Perez led the pack around when the session resumed but his time ended up well down on Bottas, while Verstappen had to abandon his first flying lap after catching traffic.

After being assured he had the required battery charge to go for another attempt on the next lap, albeit warned about his tyres being hotter than ideal because of effectively doing an extra warm-up lap, Verstappen went again.

He matched Bottas in the opening two sectors and wound up 0.033s slower, but appeared to lose time going deep at Turn 10 and then hitting the kerbs hard at the final chicane.

Verstappen nevertheless slotted into second to split the Mercedes pair, with Hamilton 0.123s slower than Bottas.

Lando Norris’s soft tyre lap set just before the red flag kept him fourth, 0.440s adrift of Bottas, and the McLaren driver was followed by the two Ferrari cars. 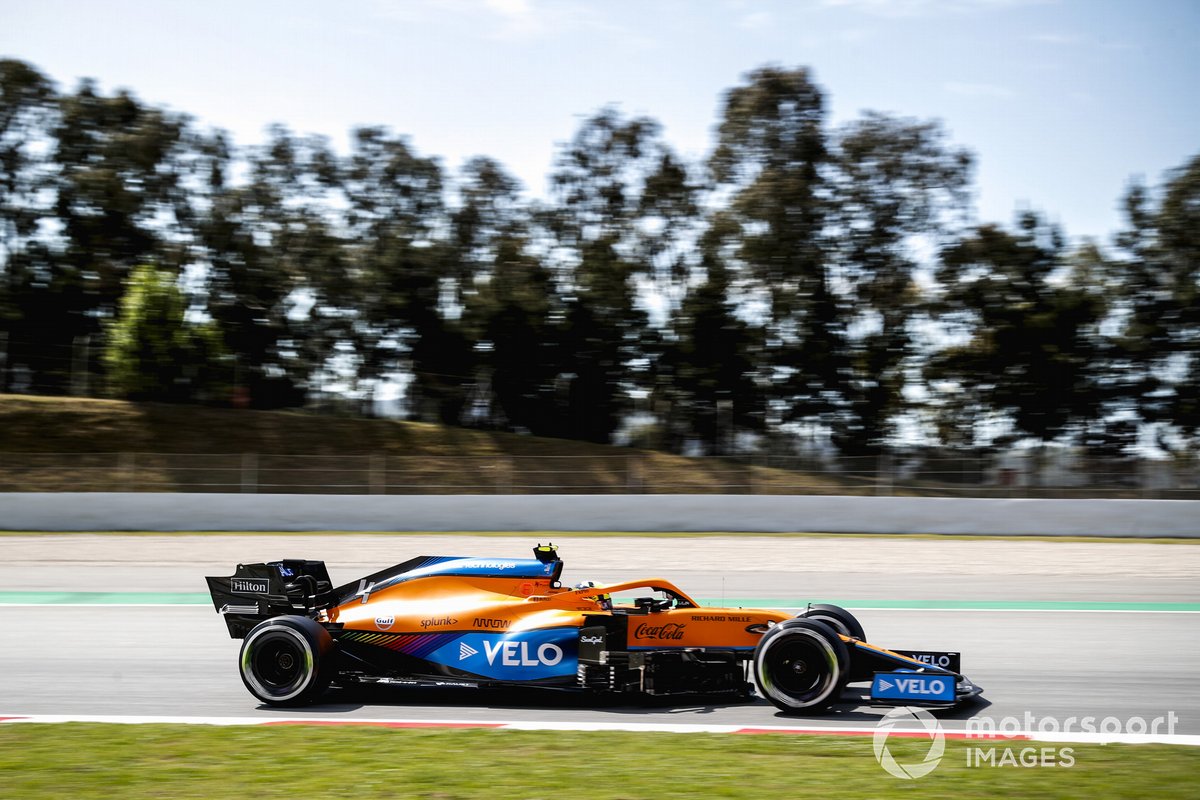 The Scuderia deviated from the rest of the pack by running the medium tyres after the early work on the hards, as Charles Leclerc – who ended up with the session’s fastest time in the middle sector – and Carlos Sainz Jr finished fifth and sixth with late improvements on the yellow-walled tyres.

Pierre Gasly was seventh for AlphaTauri ahead of Vettel, who lost a piece of his Aston Martin’s front wing as he hit the Turn 8 kerbs hard on his first flying lap on the softs in the middle part of the session.

Perez’s post-restart soft tyre lap was only good enough for ninth, with Lance Stroll rounding out the top 10.

Alonso finished 15th ahead of Williams pair Nicholas Latifi and Roy Nissany, who was another FP1 stand in – in this case for George Russell.

Mazepin had been able to reverse out of the gravel after his early off and eventually brought up the rear of the field.