Sebastian Vettel believes it would be a “wasted opportunity” if Aston Martin wrote off its 2021 season and switched full focus to next year’s Formula 1 car.

Four-time F1 world champion Vettel joined Aston Martin for this season following his exit from Ferrari at the end of last year, linking up with Lance Stroll.

Vettel had hoped to rediscover his form after a tough final year with Ferrari, but has failed to score any points in the opening three races of the season.

Aston Martin has been struggling with its AMR21 car following the downforce cuts under the revised technical regulations for this year, leaving the team seventh in the teams’ standings.

But Vettel felt there was still plenty of work that could be done on this year’s car, and that it was not worth abandoning all development yet to put full focus on the 2022 design.

“I don’t think, not just now, but generally in life, that shortcuts will help you a big deal,” Vettel said.

“There are so many things that we can still learn, and we can still have a better understanding [of] as a team. So I think it would be a wasted opportunity.

“Now, the question is obviously how you measure the opportunity, whether you measure in podiums and points, and wins or in a different currency.

“I think for us, as a team, we can still improve on a lot of small things. But in the end, it's always the small things that make a difference and lead to perfection.

“Even if you know we're not racing in the positions we would love to, I think it's still time well spent.” 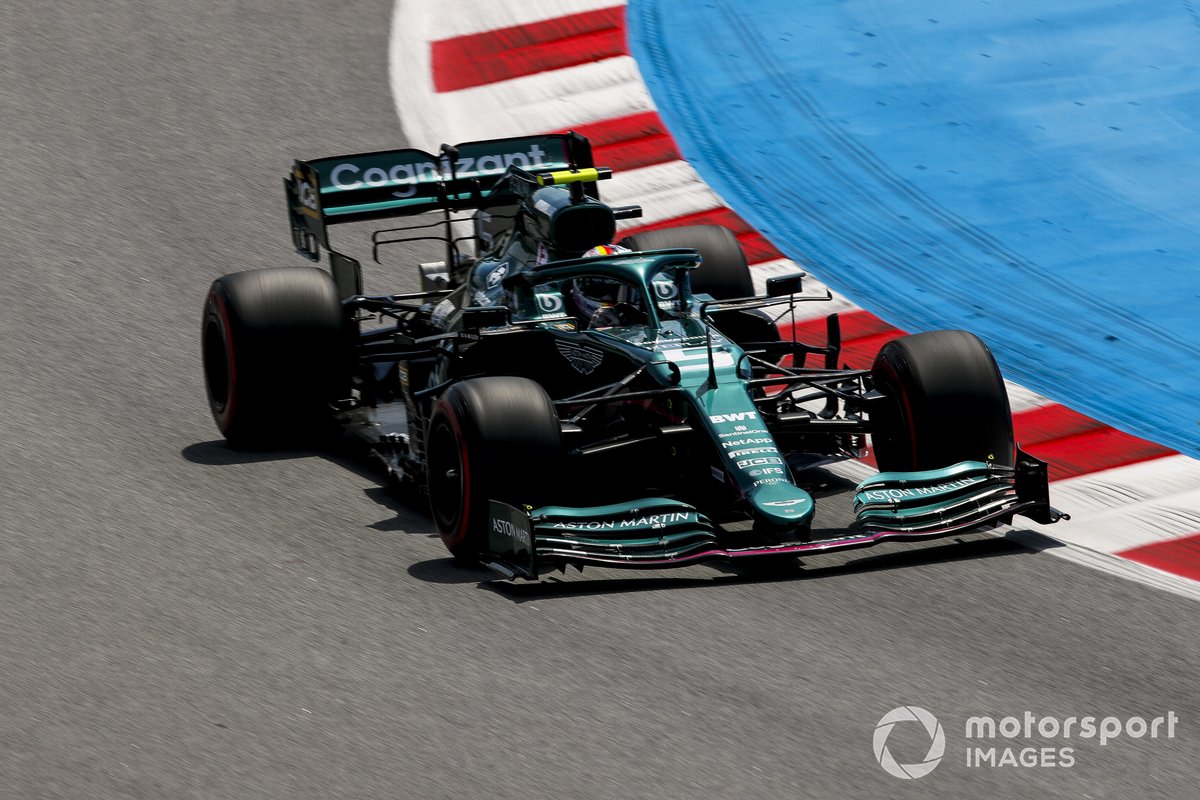 Aston Martin team boss Otmar Szafnauer previously spoke of how the rear-end instability of the car was hindering Vettel, stemming from the changes to the floor regulations for this year.

Vettel is set to receive an update package this weekend in Spain after teammate Stroll debuted the new parts last weekend at Portimao, which he hoped would bring more grip.

“The ultimate update is to have more grip,” Vettel said.

“If you look at the cars that go faster, they have more grip, not just in low speeds.

"So we obviously tried to cure that as much as we can with driving, then working on the set-up in the car, [and] the last one being updates, which obviously you can't bring or you just don't have as many as you would like.

“I think it's a normal process. I think even the fastest cars have weaknesses, and you try to work on those.

"But obviously, from where we are, we don't probably have the amount of grip that we would like and then it's normal to have struggles.

“So I think the last venue for all of us was quite difficult with the wind as well throwing the car off. So I'm curious to see how it feels here. Probably a little bit different.”