Formula 1 will remain at Interlagos for another five years after a new deal was announced on Wednesday, renaming the race the Sao Paulo Grand Prix

F1 had been due to move the race in Brazil from Sao Paulo to Rio de Janeiro for 2021 after agreeing a deal in principal with new promoters, pending government approval for a newly-built track.

But following environmental pressure against the construction of a new track in a forested area, and with time running out for a deal to be put in place for 2021, F1 moved to strike a deal to keep the race at Interlagos on a new long-term deal.

After local officials in Sao Paulo revealed in November they were poised to sign a new deal, F1 officially announced the new contract on Wednesday following the WMSC's approval of the 2021 calendar.

The race will be known as the Sao Paulo Grand Prix from 2021, and ensures F1 will remain at Interlagos until 2025.

"We are pleased to announce the city of Sao Paulo will continue to host the Brazilian Grand Prix until 2025 and look forward to working with our new promoter in the years ahead," said F1 CEO Chase Carey.

"Brazil is a very important market for Formula 1 with devoted fans and a long history in the sport.

"The race in Brazil has always been a highlight for our fans, the drivers and our partners and we look forward to providing Formula 1 fans with an exciting race at Interlagos in 2021 and over the next five years." 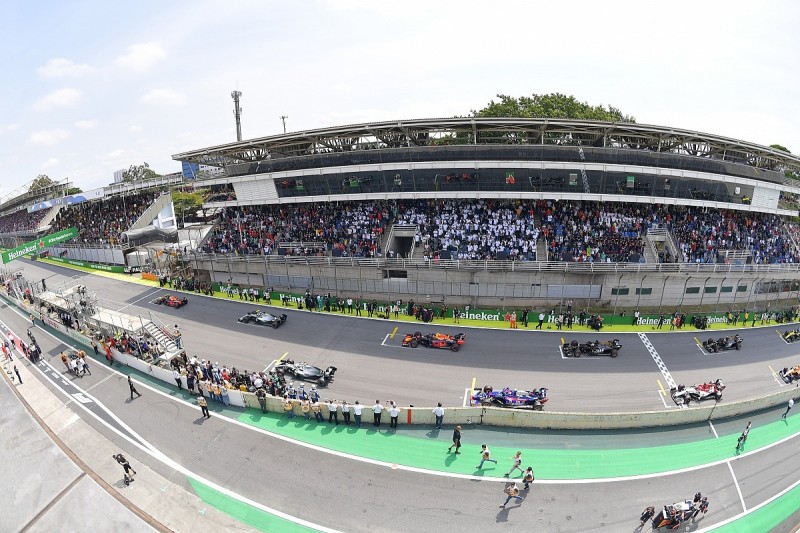 The new promoter for the grand prix, Brasil Motorsports, will be backed by an Abu Dhabi-based investment company called Mubadala, and has appointed senior executive Alan Adler to head up its F1 interests.

"It is a great joy to be able to announce that Interlagos will continue to host one of the of the most important events in world motorsports," said Bruno Covas, the mayor of Sao Paulo.

"We made a tremendous effort to keep the race in our city. We have robust infrastructure for tourists, public safety and offer top-notch services.

"We believe that hosting the Grand Prix, in addition to promoting our city to the world, will continue to bring important contributions such as job creation and income generation. We have seen studies that show that for every R$1 invested in the São Paulo GP, R$5.20 is generated for the local economy."

The name change reflects the greater level of local government input into the event, something seen at a number of other races in recent times. The Mexican Grand Prix was due to be renamed the Mexico City Grand Prix for 2020 prior to its cancellation, while grands prix in Styria, Tuscany and Emilia Romagna were also named after local authorities.

The race planned in Rio for 2021 enjoyed support from Brazilian president Jair Bolsonaro, but would have required the felling of thousands of trees in the Camboata Forest at the Deodoro military base.

Who are McLaren's new Formula 1 investors?