Formula 1 has issued a lukewarm response to plans from Andretti to bring Cadillac into grand prix racing, insisting any decision will not just be down to the FIA.

Andretti Global announced on Thursday that it was tying up with General Motors to lodge an intention of entry to join the grand prix grid in the future.

The announcement came a few days after FIA president Mohammed Ben Sulayem said he wanted to open the doors to potential new teams.

This follows months of wrangling over Andretti's previous interest, which was never enthusiastically embraced by rival teams or F1 chiefs.

While the involvement of GM and Cadillac is a huge coup for Andretti, F1 has issued a statement insisting that processes must be followed – and the entry will need to prove it is credible for the long term.

"There is great interest in the F1 project at this time with a number of conversations continuing that are not as visible as others," said F1.

"We all want to ensure the championship remains credible and stable and any new entrant request will be assessed on criteria to meet those objectives by all the relevant stakeholders.

"Any new entrant request requires the agreement of both F1 and the FIA."

While F1 did not name other interested parties, there was speculation before the Christmas break that Ford was evaluating a potential tie-up with Red Bull, and Hyundai has also been linked to an entry.

No date has been specified for when Andretti/Cadillac hope to start racing, but it is unlikely to be before new regulations start in 2026. 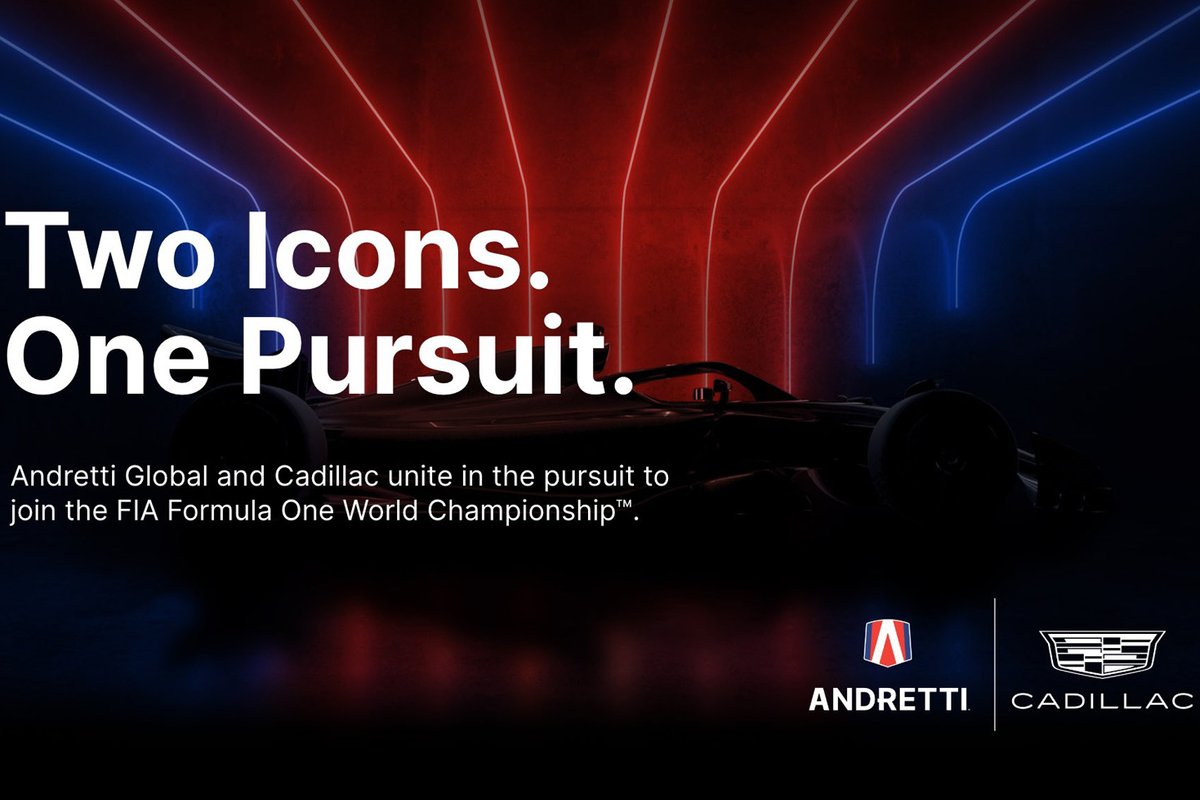 The idea is for GM to initially re-badge the power unit of another manufacturer before rolling out its own technical expertise and products.

FIA president Sulayem welcomed the Andretti news but said that there were still many months of discussions to take place before there would be any idea of if the entry would be accepted.

"It is particularly pleasing to have interest from two iconic brands such as General Motors Cadillac and Andretti Global," he said.

"Any additional entries would build on the positive acceptance of the FIA's 2026 PU regulations among OEMs which has already attracted an entry from Audi.

"Any Expressions of Interest process will follow strict FIA protocol and will take several months."

Andretti is aware that rival teams and F1 did not seem especially eager to get them on board in the past, but he has faith that Sulayem's encouragement will help things get across the line.

Asked by Autosport if he was more optimistic about getting an entry thanks to Sulayem's attitude, Andretti said: "Yeah, we believe so. In the end, it is still an FIA series.

"The President has definitely showed that he really would like to have an 11th team, at least on the grid. He is a racer, and he understands the importance of that for the series itself.

"So, yeah, we feel very confident that, once the expression of interest goes out, especially having our great partnership with Cadillac, we have a very, very, very good shot at checking every box and being able to be on the grid soon."

Pushed later on F1 making it clear that there were other entries looking at joining, Andretti said he reckoned his operation had what it takes to secure a spot.

"I 1,000% believe it," he said. "I believe that we checked every box that needs to be checked to be able to enter F1. And I feel like we're definitely ahead of our competition to get there. So yeah, I feel very, very confident that we'll be on the grid soon."

Honda is logical choice for Cadillac's F1 entry with Andretti