American manufacturer Ford has emerged as a surprise candidate for a Formula 1 return in 2026, after being linked to Red Bull’s engine plans.

The car giant was last officially involved in F1 with Jaguar from 2000 to 2004, but the team never achieved the levels of success it hoped for.

After pulling the plug on the operation, it sold the squad to Red Bull which went on to multiple world championship successes.

Ford also badged the Cosworth engines of the Jordan team in 2003 and 2004 as part of a separate deal to its work effort.

The 'Blue Oval' has shown little interest in returning since, but the growth of grand prix racing, especially in the United States, is understood to have led to it evaluating options.

And while there does not seem an eagerness for it to get involved in funding a full works team or producing its own power unit, sources suggest that one avenue being explored is a tie-up with the Red Bull team.

Red Bull has committed to producing its own power unit from 2026, with its current partnership with Honda running until the end of 2025.

It has been clear, however, that it is open to interest from other manufacturers who may want to tie up with it – either as a badging exercise or to offer some technical assistance.

Speaking earlier this year, Red Bull team boss Christian Horner said: “We are fully focused on a Red Bull power unit, and if there was a like-minded partner that could contribute something to the project, then of course you would have to absolutely consider that. But it's not a prerequisite.

“We will be the only team other than Ferrari to have engine and chassis all on one campus under one roof.

“We believe that for the long-term competitiveness of the team, it is absolutely the right thing to be doing. And of course, there are other opportunities it presents as well." 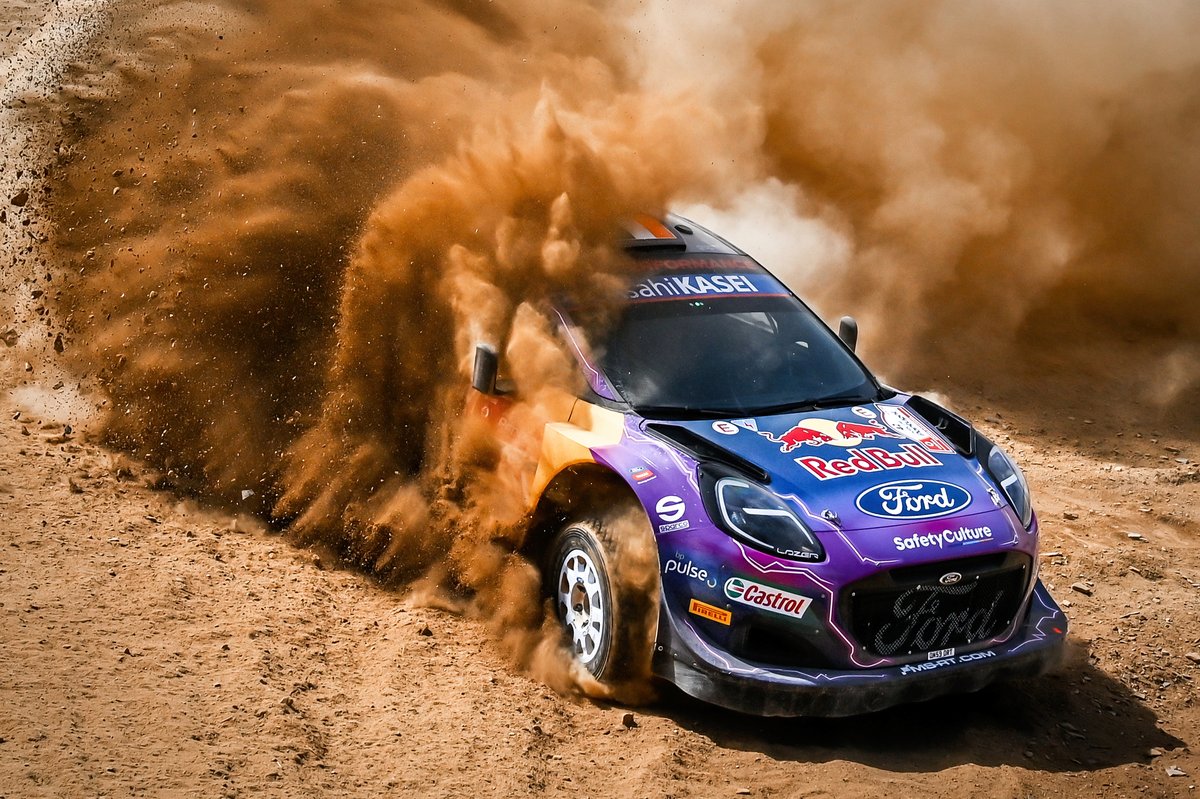 Red Bull held advanced talks with Porsche this year about such a 2026 partnership, but those discussions collapsed at the 11th hour because of fears the team would lose its full independence.

The end of that deal prompted talk that current partner Honda could be favourite to get involved, especially with it eager to help develop the kind of electric power technology that will become more important in F1 from 2026.

But now sources have revealed that Ford is exploring options with Red Bull, with the two companies already working together in WRC.

It is suggested that Ford’s preferred route is very different from Porsche, which wanted more control of the Red Bull team as well as ownership of shares.

Instead, Ford has no interest in formal ownership of the operation and is believed to be happy to leave Red Bull in charge of technical development of the power unit, although there would be the possibility for it to offer assistance in any areas of expertise it has.

Its involvement would be more about marketing and brand presence – with it benefiting from connections in F1 and Red Bull gaining from the added kudos of a tie-up with a global player like Ford.

A potential Red Bull-Ford tie up would have clear implications for Honda, which has enjoyed the best success of its latest era in F1 over the past two years.

While it has been most strongly linked to Red Bull for the future, it is interesting that the Japanese manufacturer has registered its own entry with the FIA for the 2026 engine rules.

This has left the door open for it to go it alone if Red Bull decides to go down a separate path.

Honda is adamant that nothing has been decided yet about if it will see through on a 2026 entry, which could just be as an engine supplier.

However, there has been speculation in recent days that one other route could be in becoming a works partner, and even owner, of Red Bull’s second team – AlphaTauri.

Ford Performance's global director Mark Rushbrook was asked to comment on the manufacturer's position regarding F1 during a NASCAR teleconference this week.

“Obviously, we’re here to talk about NASCAR and keep our focus on NASCAR," said Rushbrook. "There certainly has been a lot of speculation out there, but nothing that we’re going to comment on.”

Sainz: I know Vasseur will do well as Ferrari F1 boss