After seeing Mercedes debutant Russell lead both practice sessions on Friday at the Bahrain International Circuit, Verstappen was able to lead Red Bull to the head of the timesheets in FP3 on Saturday evening.

Verstappen spent the first half of the session focusing on hard tyre running, leaving him half a second behind Bottas, who ran almost four-tenths of a second clear of Russell on the soft tyre.

Verstappen had a brief spin at Turn 2 early in the session, losing the rear of his Red Bull RB16 after getting on the power, but avoided hitting the wall or any other cars.

Mercedes opted to complete its qualifying simulations earlier than Red Bull, giving Bottas the chance to improve his lap time, albeit losing a couple of tenths of a second after running wide at the final corner.

It left the door open for Verstappen to snatch top spot away upon completing his qualifying simulation on the soft compound tyre, recording a fastest time of 54.064 seconds to give him top spot by two-tenths of a second.

Bottas ended the session second, while Russell slumped to seventh after struggling to match his team-mate's pace through his low fuel runs, eventually finishing six-tenths of a second off Verstappen's benchmark.

It allowed Pierre Gasly to continue AlphaTauri's impressive showing ahead of the Sakhir Grand Prix as the Frenchman finished third-fastest overall, 0.363 seconds down on Verstappen.

Esteban Ocon was one of the last drivers to complete a qualifying run, and made use of the rubbered-in track to take fourth for Renault, while McLaren's Lando Norris rounded out the top five. 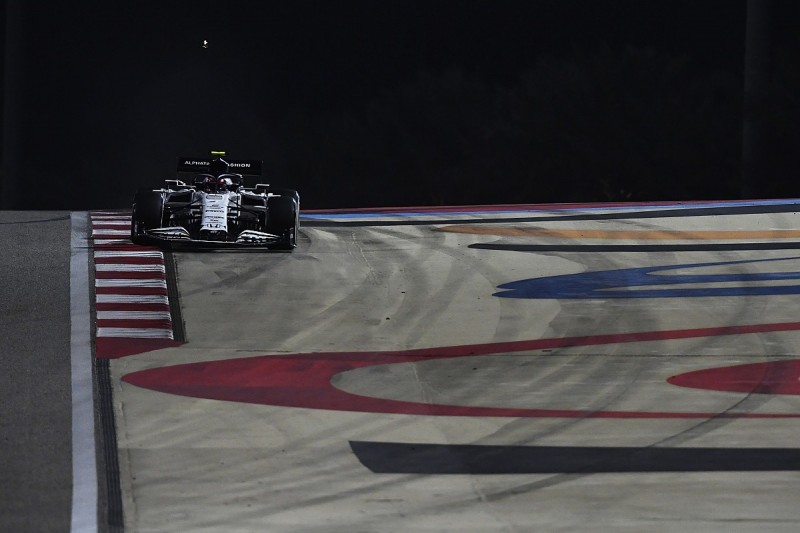 Alexander Albon recovered from having two lap times deleted to finish sixth in the second Red Bull car ahead of Russell, with the Racing Point pair of Sergio Perez and Lance Stroll following in eighth and ninth place. Carlos Sainz Jr. completed the top 10 for McLaren.

Antonio Giovinazzi finished 11th for Alfa Romeo ahead of Daniil Kvyat, who struggled to match his AlphaTauri team-mate as he finished 12th ahead of Charles Leclerc - who spun late in the session exiting the final corner - and Daniel Ricciardo's Renault.

Sebastian Vettel's session came to an early end after Ferrari opted to change his power unit as a precaution ahead of qualifying, with the four-time world champion ending FP3 in 15th.

F1 debutantes Pietro Fittipaldi and Jack Aitken propped up the timesheets at the end of FP3, although both finished within three-tenths of a second of their team-mates.