After finishing well adrift of Verstappen and FP1 pacesetter Valtteri Bottas, Hamilton’s second practice session at Portimao went much more smoothly as he led Verstappen by 0.143s in the final classification.

The 60-minute session, which was delayed by 10 minutes after track officials inspected a drain cover on the outside of the 90-degree Turn 11 right-hander, was action packed from the off as all 20 cars were quickly out on the circuit – as has become the norm with the reduced practice running overall in 2021.

Esteban Ocon led the pack around and duly set the opening time of the session with a 1m21.687s, before Ferrari’s Charles Leclerc established the P1 benchmark at 1m21.294s – with all the drivers bar Haas’s Nikita Mazepin, who was on the hards, running the medium tyres from the off.

Verstappen’s first flying lap put him first with a 1m20.937s as the times quickly tumbled in the opening 10 minutes – the Dutchman quickly in turn demoted by Carlos Sainz Jr’s 1m20.831s.

Bottas then took the top spot for the first time before he was briefly deposed by Sergio Perez’s 1m20.761s for Red Bull, with Bottas then retaking first on a 1m20.432s as the first flurry of early action ended.

Nearly 10 minutes later, Verstappen moved back into P1 with a 1m20.332s, just as the Mercedes drivers reemerged from the pits on the soft tyres for the first time.

Bottas’s 1m20.181s took him back to the top spot, but his flying lap was not smooth overall, as Verstappen continued to log fast laps on the mediums. 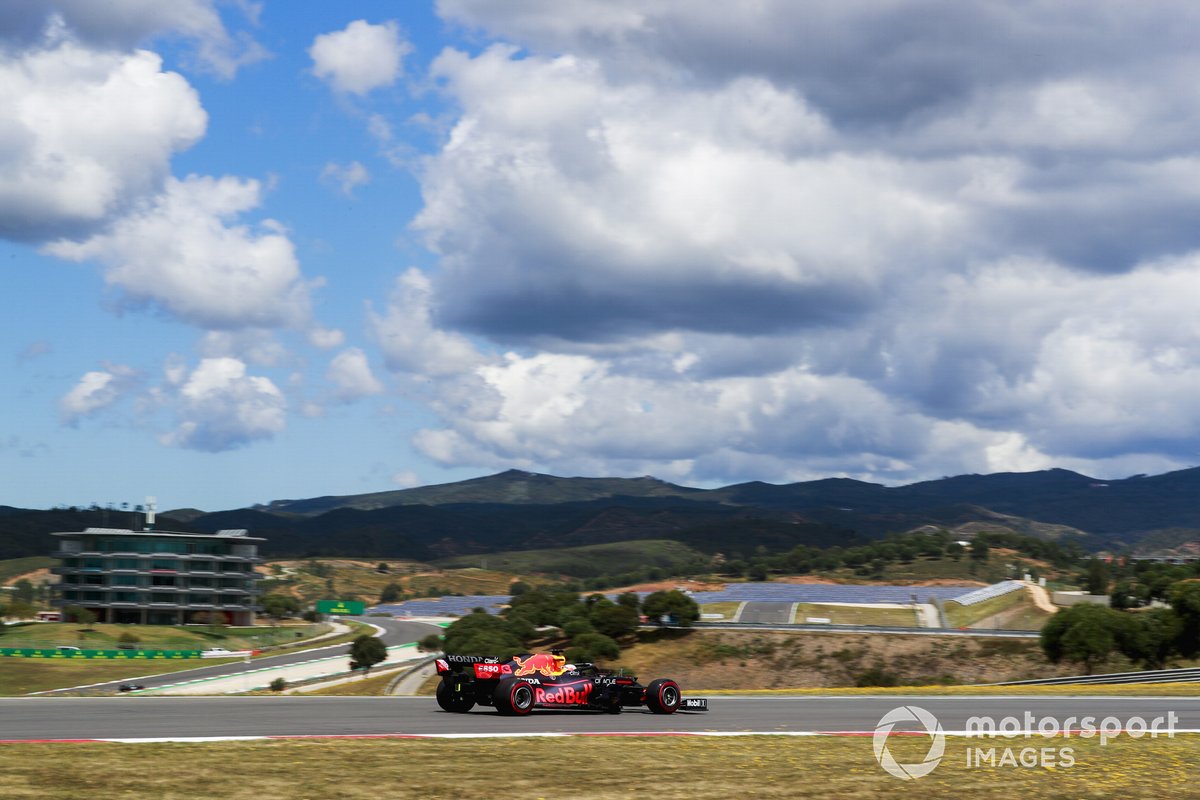 But Hamilton, who complained of a poor car balance in FP1, looked in command all the way around his opening flying lap on the red-walled tyres, setting what were then the fastest times in the first and second sectors.

He did lose time to his own personal best in sector three, but was still more than fast enough to beat his team-mate by 0.344s with a 1m19.837s, which stood as the session’s best times to the finish.

A few minutes past the session’s halfway point, Verstappen went for his qualifying simulation run on the softs and was initially very competitive against Hamilton’s best time.

He set the fastest time in the opening sector but lost time as the lap wore on – particularly in the final sector – and wound up second.

That cemented the top three places as the teams switched their attentions to the traditional FP2 race data gathering long-runs thereafter.

Sainz ended the session in fourth ahead of Alpine pair Fernando Alonso and Ocon, with Leclerc finishing seventh.

At the rear of the field came the two drivers who had the most significant off-track moments of the session: Nicholas Latifi and Mazepin.

The Williams driver was 19th, with Latifi skating across the gravel beyond the exit of the Turn 8 double-apex right after losing the rear of his car at the second part and having to turn out and run into the gravel.

Mazepin, who propped up the times, caused a brief yellow flag when he locked up and ran across the run off also at Turn 8 during the early laps, although he did not reach the gravel before turning back onto the track.