Former Formula 1 driver Philippe Streiff, who achieved one podium before his career was cut short by injuries that left him paralysed, has died at the age of 67.

The Frenchman earned a good reputation in junior categories by winning the 1981 French Formula 3 championship for the Motul Nogaro team and also taking fourth that year in the European series.

He stepped up to the European F2 championship for 1982, claiming his first podium finishes in 1983.

Streiff also made four Le Mans 24 Hours starts across his career, finishing overall runner-up for Jean Rondeau alongside co-drivers Jacky Haran and Jean-Louis Schlesser in 1981, while he returned to the podium with third place in the 1984 edition racing a Porsche 956 with David Hobbs and Sarel van der Merwe.

It was 1984 that proved to be a breakthrough year for him, though, as he switched to the AGS team in European F2. A maiden victory at the Brands Hatch round convinced the Renault F1 team of his talent and he made his debut for the French manufacturer in the Portuguese Grand Prix. Driving a third car, he qualified 13th but retired from the race with transmission problems.

Towards the end of the following season he was picked up Ligier, which had lost faith with Andrea de Cesaris. Proving competitive Streiff ended the 1985 campaign with the best result of his career as he took third place in the season finale in Australia.

Streiff raced for Tyrrell from 1986, having made a one-off outing for the team at the 1985 South African Grand Prix. He enjoyed several points finishes over two seasons, before moving to the AGS team, with which he had enjoyed success in junior categories, for the start of the 1988 season. 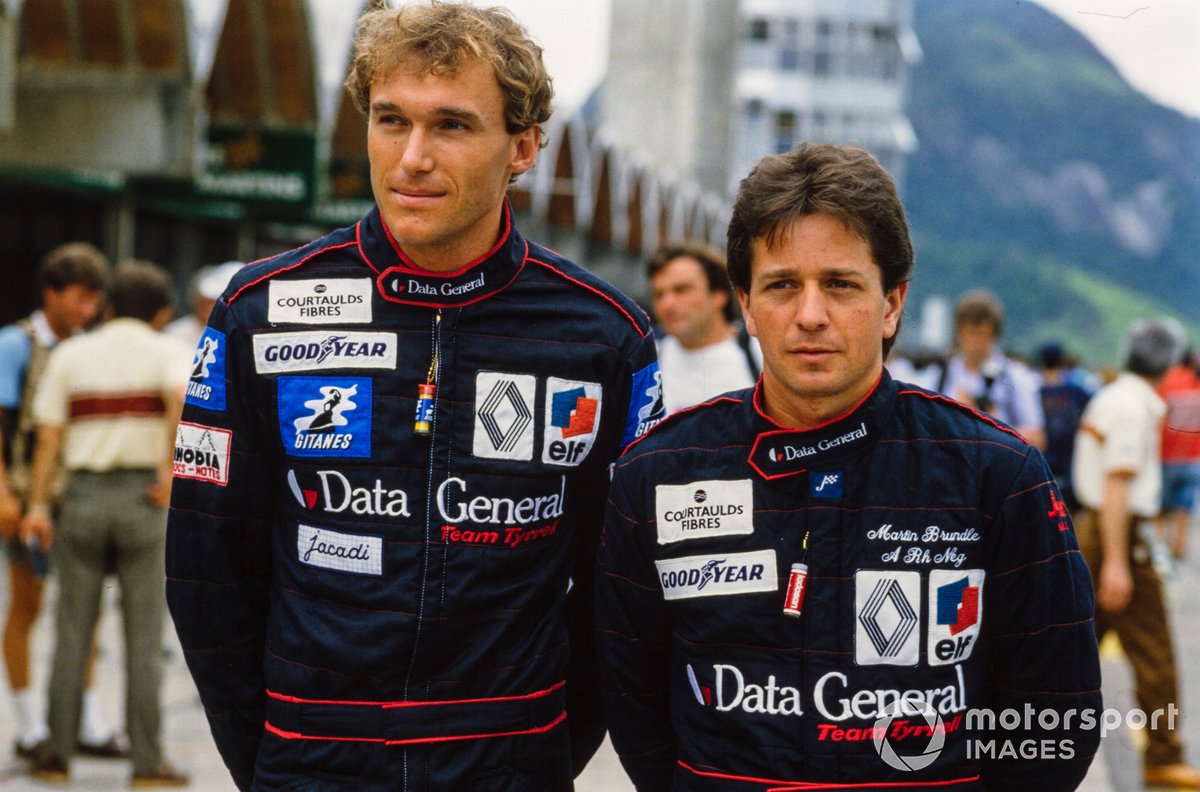 The normally aspirated car was not competitive that year and he failed to score any points that season.

Streiff was retained for the following season but he would not race at all after suffering a terrible accident in pre-season testing at Jacarepagua in Brazil, which resulted in the roll hoop of his car breaking.

The crash left him as a quadriplegic and in a wheelchair for the rest of his life.

He stayed close to motor racing though, famously organising the Masters Karting Paris Bercy karting races that several contemporary F1 drivers – including Ayrton Senna and Alain Prost – competed in during the early 1990s.

Streiff also toyed with team ownership having launched bid to purchase the Ligier team in 1994 in partnership with Hugues de Chaunac. The idea had been to turn the squad into a junior team for Williams, but his plan was rejected.

In his later life, Streiff did much to raise awareness of disability issues and improve road safety.

Martin Brundle, who was Streiff’s team-mate at Tyrrell in 1986, was one of many drivers to pay tribute to him.

Posting on Twitter he wrote: “Sad to hear this about my former team-mate Philippe. Lovely guy, and very stylish in and out of the car. I remember that day clearly when we were testing in Rio and he had his crash. The red flag followed by the medivac heli. Different days.”