Kevin Magnussen thinks Formula 1 should focus on areas other than cockpit protection, after likening the halo to a "cap that's pulled down" during practice for the Mexican Grand Prix

Magnussen drove his Renault F1 car with the FIA's favoured cockpit protection system fitted for the first time in FP1 at Mexico City.

He felt visibility was worse than expected, and also found it more difficult to get out of his car than usual.

"It's like having a cap that's pulled down far, and you can see where you're walking, but you can't see anything else. I don't like it.

"The visibility is not as good as I'd hoped, so I think on tracks where there is elevation it's going to be a problem."

"There are perhaps other things that need to be looked at before something like a halo, closed cockpit or canopy screen, or whatever," Magnussen added.

"Tracks; gravel in many places; what we've done with the virtual safety car when there are trucks on the track is very good.

"And anyway, that accident with Jules [Bianchi at Suzuka in 2014, that led to his death] wouldn't have been any different if he'd had a halo.

"The halo would work in a situation where a wheel hits the head, or maybe a nose cone, which is what happened with Justin Wilson [in IndyCar].

"But in Formula 1 there are other things that need changing.

"I would have preferred to have gravel in Spa, instead of Tarmac run-off." 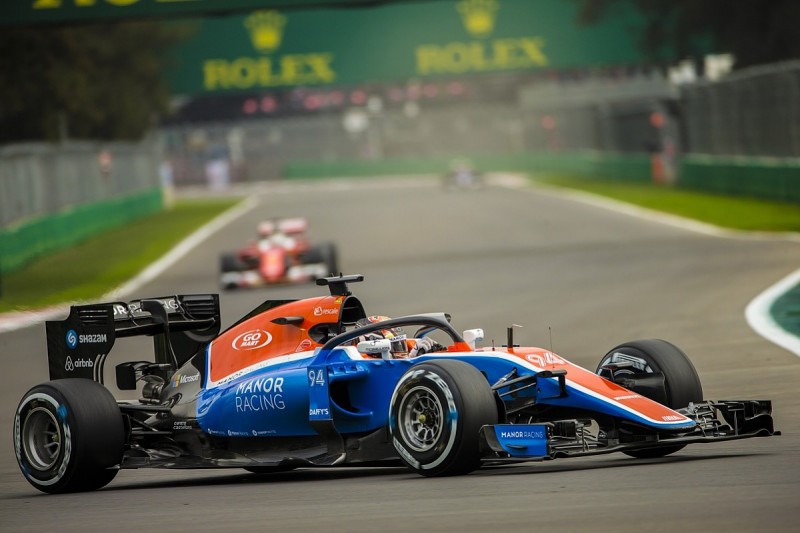 Manor's Pascal Wehrlein also tried cockpit protection in free practice, and went off the road during the test run, which he blamed partly on "watching the halo".

"My feeling is that it's really strange, so if you drive it for the first time it feels abnormal - you always feel like something is in-front of you which shouldn't be there," he explained.

"I went off in the second corner just driving slow, and somehow, I don't know, didn't pay attention," he said.

"Maybe I was still sleeping. I woke up this morning at six o'clock, maybe it was a bit too early."

Wehrlein said increases to driver extraction times from running the halo were no concern, and said he was prepared to work on himself if the device is deemed better for safety.

"The first lap is a bit strange, but you get used to it."

Lewis Hamilton plays down Ferrari threat to Mercedes in Mexico