Formula 1 has announced that the Bahrain Grand Prix will stay on the calendar until 2036 in what is believed to be the longest race contract deal ever signed.

The news reflects the fact that F1 is taking advantage of the surge in popularity of the sport fuelled by an exciting 2021 season and by the popular Netflix Drive to Survive series to secure extended deals with its existing race promoters.

This year’s calendar runs to 23 GPs, but with limited room to expand in future seasons the interest from potential new events such as Las Vegas has given F1 an opportunity to encourage current races to secure their long-term futures.

Last month it was confirmed that the Singapore GP will now run to 2028, and in November a contract extension to 2025 was signed with China.

The lucrative Middle East races are hugely important for F1. The Saudi GP deal runs for 10-years, while last year an agreement was reached on a 10-year contract to run a race in Qatar from 2023. 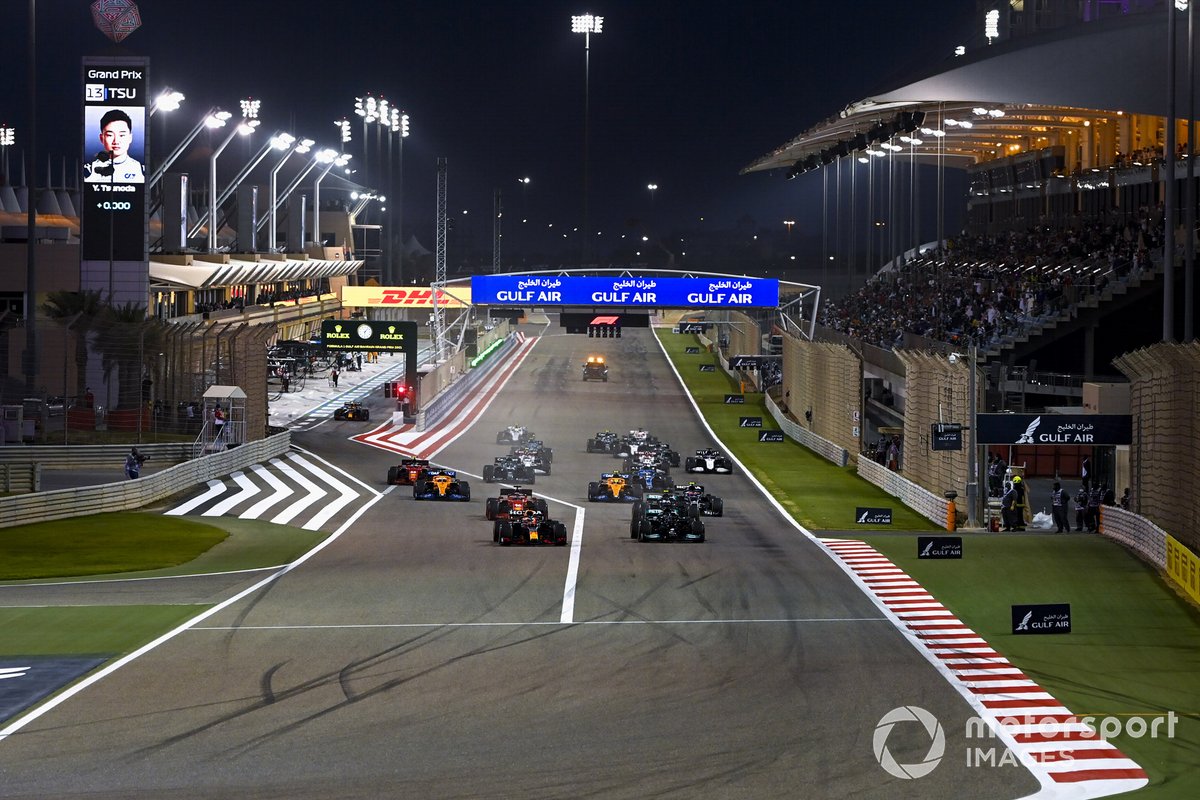 Just before last year’s Abu Dhabi GP it was announced that the Yas Marina race will remain on the calendar as the season closing event until 2030.

F1 CEO Stefano Domenicali said: "We delighted we will be racing at the Bahrain International Circuit until 2036 where more incredible racing and excitement will be on show to thrill our fans.

"Since 2004 we have had some fantastic races in Sakhir and we cannot wait to be back there for the start of the 2022 championship as we begin a new era for the sport.

"Bahrain was the first country in the Middle East to welcome Formula 1 and it has a very special place in our sport, and I personally want to thank HRH Prince Salman and his team for their dedication and hard work throughout our partnership and look forward to the many years of racing ahead of us."

Bahrain’s special relationship with F1 is reflected by its current position as the opening race, which it took over from Australia last year. In addition F1 is using the March test session as the official “launch” of the 2022 season, while downplaying the first test with the new cars in Barcelona.

The inaugural Bahrain GP was run in 2004 as the first race held in the region. It also heralded a new era of state-of-the-art modern circuits, usually designed by the Tilke organisation.

A new deal was announced in early 2007 that took the race until 2016. However, the 2011 event did not take place due to the unrest in the country.

In 2013 and well before the previous contract had expired then F1 boss Bernie Ecclestone agreed an extension that took the event to 2021.

In 2020 the venue helped F1 by running a second event, the Sakhir GP, on its short outer loop circuit.

Speaking about the new deal circuit CEO Sheikh Salman bin Isa Al Khalifa said: "After 18 years of F1 racing, we are proud to have played a part in F1’s rich history and we now looking forward to continuing to build on that heritage well into the future.

"The growth and interest in motorsport in Bahrain and the Middle East has significant momentum, with a new generation of fans embracing our great sport and we look forward to continuing that progress."

The big team tightrope that Aston Martin must walk