The Q2 session at the Turkish Grand Prix was resumed with the recovery vehicle still on the circuit, having been delayed in completing its removal of Nicholas Latifi's stranded Williams at Turn 8.

Masi explained that the incident had been triggered by false assurances from the clerk of the course, and said that the FIA would review its procedures as a result.

But the fatal injuries suffered by Jules Bianchi after colliding with a recovery vehicle at the 2014 Japanese Grand Prix meant drivers were deeply unhappy that the session had been green-lit at all.

Speaking in Bahrain, Grand Prix Drivers' Association (GPDA) director Sebastian Vettel reiterated remarks following his third-place finish in Turkey that there should be "zero tolerance" for such mistakes.

"Obviously, that was a mistake that it even got that far. It will be addressed.

"I think the main thing, whatever is coming out, is that we're not having and not seeing the same thing happening again, because we know and you know the consequences it can have.

"So that's why I think it's important to address it, which we will and which it is from many sides and different angles.

"And as I said, the key will be that we will not have something similar happening again." 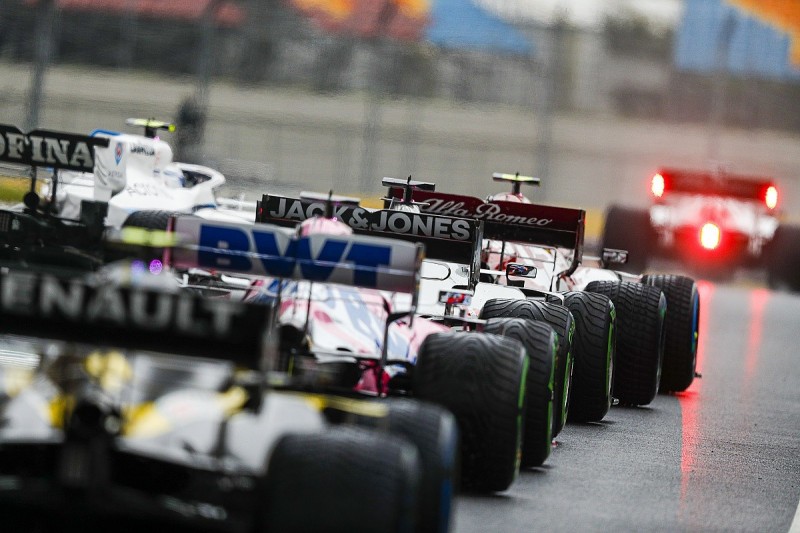 Fellow GPDA director Romain Grosjean said that the issue had been raised post-race with the FIA, and further talks would take place in Friday night's drivers' briefing to ensure that such an incident does not occur again.

"Yes, there's been some follow up, and, yes, I believe it will be discussed at the drivers' briefing," said the Haas driver.

"I think all the drivers are aligned on this and we just want to make sure that it doesn't happen again."

Kimi Raikkonen, who was one of the first drivers upon the scene with the crane still on the track, said that just having double yellow flags in the incident was not good enough.

"I kind of could see that will happen, because they were still recovering the car when they started the session," explained the Alfa Romeo driver.

"Then obviously when we went through, with the vehicle in Turn 8, I think there were yellow flags or something.

"But in those conditions, especially with how slippery it was, it doesn't matter even if you go slow. You can lose the car and it's far from ideal.

"I think it would have been better to wait until they pulled the car out and cleared the run-off areas, because you never know.

"We can go slow for us, but it still might be 120 km/h, or something like that. And when you lose it on those conditions, you have zero control where you are going to end up."