After Verstappen had led final practice, Hamilton hit back to top all three segments of qualifying, leading the way on the first runs in Q3 with a 1m27.677s.

The world champion then found time in all three sectors on his second run on the soft tyres, ending up with a new track record of 1m27.264s.

Verstappen had been second after the first runs in Q3, after which he complained he did not have the rear grip he had enjoyed earlier on Saturday, with Bottas in third.

But the Mercedes driver was able to find enough time on his final run to jump ahead, as Verstappen lost time in the final sector and wound up 0.414s behind Hamilton.

Alex Albon took fourth ahead of Sergio Perez, who demoted Daniel Ricciardo one spot on his final effort.

Esteban Ocon will start behind his Renault team-mate in seventh, with Pierre Gasly eighth for AlphaTauri. Lando Norris and Daniil Kvyat rounded out the top 10 in Q3. 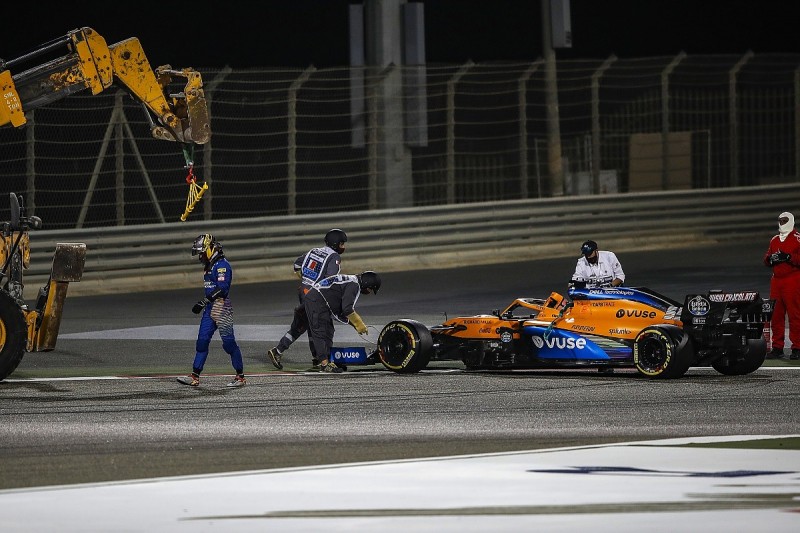 Q2 was disrupted by a red flag after Carlos Sainz Jr spun at the end of the main straight, when the rear wheels on his McLaren suddenly locked as he approached Turn 1.

The Spaniard came to rest at the edge of the track and could not get going again, which forced the FIA to stop the session so his car could be recovered.

This stopped a big group of cars, led by Ricciardo, from setting the opening timed laps of the middle segment and suspended the session for over five minutes.

When it did get going again, the Q2 pack was split between a few early runners attempting to get through on the mediums (all the drivers bar the AlphaTauri pair and George Russell, who stayed in the pits at the start of Q2, had initially headed out on that rubber) and others waiting until the final moments.

Hamilton led the way ahead of Verstappen and Bottas, and the leading trio were followed by Albon, Norris and Perez, who were all a big chunk behind the P1 benchmark and under pressure to switch to the soft tyres, which few drivers will want to use in the race given they are degrading by 0.5s per lap after just one tour.

Albon and Norris did switch to the red-walled rubber, but they and Perez were only beaten by Ricciardo during the final laps in Q2, and so all the top 10 runners will start on the medium tyres.

Ferrari pair Sebastian Vettel and Charles Leclerc had also tried to get through on the mediums but were knocked out in 11th and 12th, with Lance Stroll 13th and blaming a "miscommunication" for his early exit. 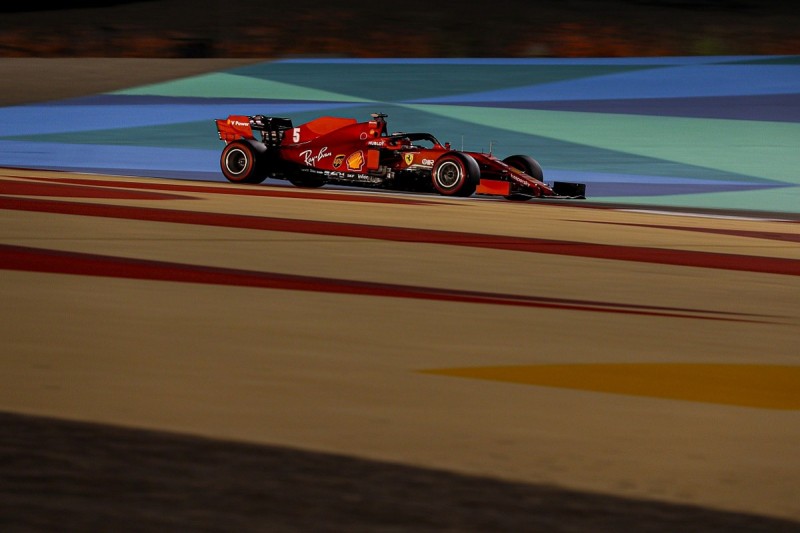 As they were suddenly not under pressure from drivers behind going faster on the mediums, Albon and Norris were able to abandon their runs on the softs, which Russell used on his late solo flying lap to take P14, which means he will start ahead of Sainz.

Kevin Magnussen and Romain Grosjean, who said he "pushed too hard" trying to "enjoy it", were knocked out in 18th and 19th, with Nicholas Latifi bringing up the rear of the field.

All five of the drivers eliminated in Q1 set their best times on the final laps, but could not do enough to join Russell in Q2.

Vettel: Ferrari F1 team must be "sly as a fox" to score points in Bahrain GP