Seven-time Formula 1 world champion Lewis Hamilton and Mercedes, as well as MotoGP world champion Joan Mir, are amongst the nominees at the 2021 Laureus World Sports Awards

In 2020 Hamilton equalled Michael Schumacher's record of seven F1 world championships, while his team added to an unprecedented run of seven straight titles in the constructors' championship.

Both are rewarded with a nomination for this year's Laureus World Sports Awards, which celebrates the world's greatest sportsmen and women.

Hamilton, who shared last year's trophy with Lionel Messi, received a nomination for his exploits in the category Laureus World Sportsman of the Year on a shortlist featuring five fellow greats of world sport.

Mercedes previously won the trophy in 2018 and has been on the shortlist every year since 2015. In addition to his 2020 win, Hamilton has been nominated on a further six occasions.

Previous F1 teams to win the World Team of the Year award include Brawn GP and Renault, while Red Bull received four consecutive nominations during its championship winning years with Sebastian Vettel. 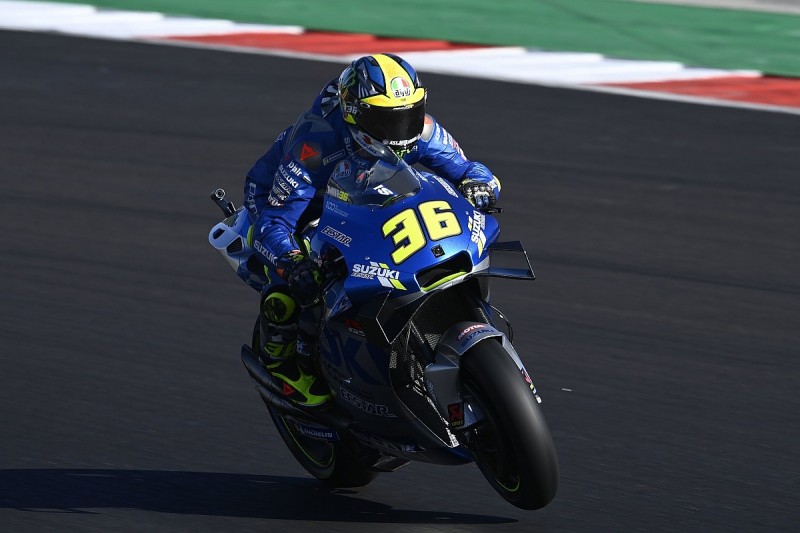 Last year's MotoGP champion Mir was also included in the list of nominations, getting the nod in the World Breakthrough of the Year category.

Mir ended a 20-year title drought for Suzuki in a dramatic 2020 season, in which he scored his maiden race win at the European Grand Prix and won the championship in just his second season with a round to spare.

The Suzuki rider was one of nine different winners across the 2020 campaign, though his superior consistency - Mir scoring more podiums of any rider with seven in total - netted him the championship just six years into Suzuki's return to the premier class.

The Suzuki rider will face off against Patrick Mahomes, the quarterback who led the Kansas City Chiefs to the 2020 Super Bowl, FC Barcelona football prodigy Ansu Fati, Tour de France winner Tadej Pogacar and tennis stars Dominic Thiem and Iga Swiatek, who each won their maiden Grand Slam in 2020.