BWT has elected to remain as a sponsor of the Aston Martin Formula 1 team for 2021, despite looking at potential options elsewhere including Williams and Haas

The Austrian water treatment company had been replaced as title sponsor at the newly rebranded Aston Martin squad this year, following a successful 2020 campaign with Racing Point that delivered one win with Sergio Perez at the Sakhir Grand Prix.

But with the British sportscar manufacturer cutting ties with Red Bull and taking over the branding of Racing Point, there was no scope for BWT to continue with the same deal it had last year.

The company was left evaluating how best to continue its efforts in F1, and it is understood to have looked at other options with rival F1 teams, before speculation about its F1 plans was ended on Wednesday by the announcement that it would remain as a partner of Aston Martin.

The team confirmed that while the colour of the new Aston Martin will be British racing green, BWT's logos will be present on the car.

A team statement said: "While the look and feel of the new team to be launched on Wednesday 3rd March will be very different, featuring an all-new base colour, today's news ensures that subtle BWT brand accents as well as BWT brand logos will remain a feature of the all-new Aston Martin Cognizant Formula One™ Team livery." 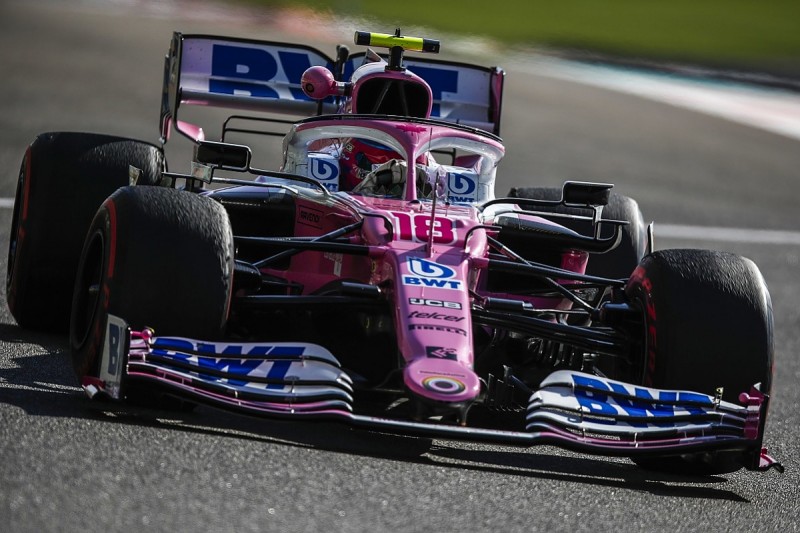 BWT CEO Andreas Weissenbacher said: "I am proud to continue supporting this wonderful team of people and to start a new chapter with Aston Martin's return to Formula 1.

"Having seen the team enjoy such a strong 2020 season, we believe the years ahead are full of great promise and we want to continue supporting this team's journey towards the front of the grid."

BWT had originally hoped to get involved in F1 in 2017 as a sponsor at Mercedes, but was only interested in doing so if it could rebrand the whole car pink.

With Mercedes not willing to move away from its silver colours, a deal was instead struck between BWT and the Silverstone team then known as Force India for it to be principal sponsor for that season.

The company then stepped up to be Racing Point's title sponsor in 2020.