After two days of testing the wet and intermediate compounds with Ferrari at Fiorano, with Sebastian Vettel at the wheel of a modified SF15-T on Monday and Esteban Gutierrez driving on Tuesday, Pirelli on Wednesday ran the rule over slicks with Red Bull at Mugello.

Although Pirelli ideally sought race and reserve drivers, Red Bull handed the role to former reserve Buemi, who last drove a Formula 1 car during a test at Barcelona just over two years ago.

In a modified 2015 RB11, most notably sporting a revised floor to simulate 2017 performance levels, Formula E champion and Toyota LMP1 racer Buemi completed 82 laps, and he will remain in action on Thursday to conclude this week's testing.

The tests are completely blind, with each of the three teams involved in Ferrari, Red Bull and Mercedes -the latter next to test in September at Paul Ricard - not given information on what they are testing by Pirelli and the FIA. 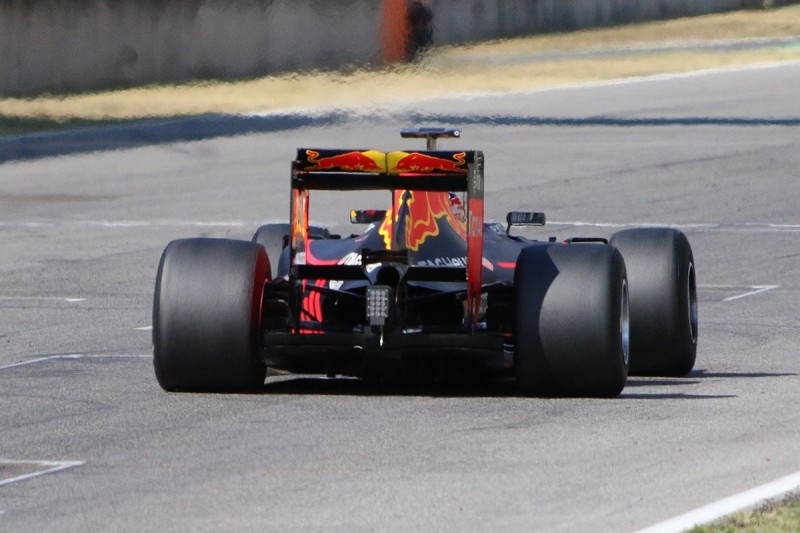 All information from the tests, including driver feedback, will be shared with the remaining eight teams not involved.

Speaking before this week's testing commenced, Horner told Autosport: "We've tested some compounds so far on a V8 car.

"We had no knowledge of what those compounds were, with that data made fully available to Pirelli, who I guess circulate it to various interested parties.

"We've also put together a hybrid car, which they can put mileage on - as have Mercedes and Ferrari - but that data I believe is relatively transparent.

"Of course, while you're running you're learning something, but our immediate opponents are in the same position.

"The majority of work is done with our test drivers, so all they can do is offer the feedback to questions asked."