Formula 1 is set for its biggest rule change for two decades ahead of the 2017 season, according Toro Rosso technical director James Key

Carlos Sainz Jr is expecting the new cars to look like "another category" while Williams technical chief Pat Symonds has said development will be relentless throughout next season.

"It's a massive change," said Key. "From a bodywork and suspension and tyre point of view, this is the biggest one that I've experienced in almost 19 years in F1.

"From a chassis point of view, it's the biggest change of the past two decades, even bigger than 2009 and certainly bigger than 2014."

Key said Toro Rosso first started working on the 2017 project back in September 2015.

"Firstly, you've got the enormous amount of research you have to do to try and understand what makes a car with these new regulations tick, without any experience of them in reality, because for a long time, we can only operate in the virtual world," he said.

"That process comes to an end in January. 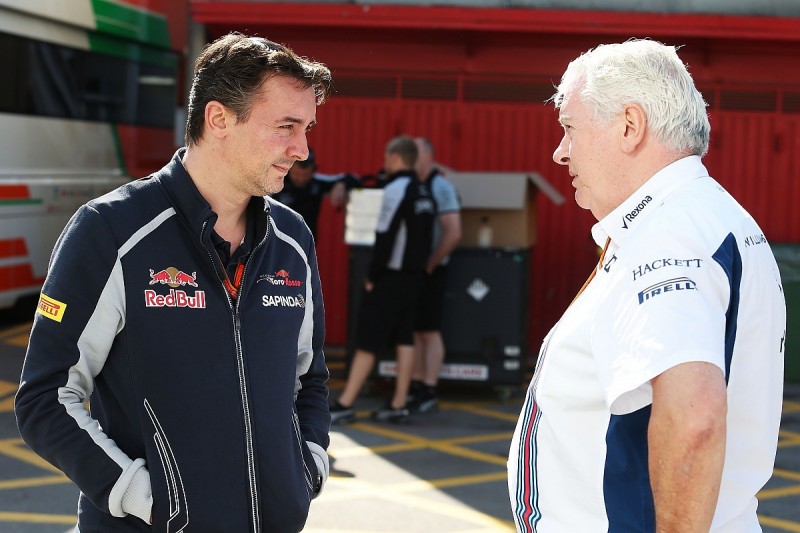 "Secondly, you hit the track for winter testing, after which you go and do a season with all this work that for a long time existed in your virtual world.

Key added that as the regulations were only finalised around March/April time this year, it means "no one could steal a march on it".

The regulations allow for the sharing of technology between teams, particularly in the area of power units but also areas such as gearbox and suspension.

While Key says Toro Rosso intends to work closely with Red Bull next year, there will be more opportunities in 2018 as the regulations are so immature.

"We can pool our resources and have better synergies in those areas and certainly, both teams are looking to see what opportunities there are," he said.

"The problem with new regulations of course is you've got nothing to discuss because you've got to go through the whole design process.

"In 2017 therefore, there will not be that many opportunities for synergies.

"In the second year of these regs, once you've got bits that work within that set of regulations, then it opens up many more, so 2018 will be a better opportunity.

"Having said that, having the same engine helps.

"It draws together a huge amount of commonality in certain areas on the powertrain side."