The first details of the F1 2016 computer game have been revealed by Codemasters, including a 10-season career mode and the return of the safety car in races

The career mode - which was dropped from the series for its debut on the latest generation Playstation 4 and Xbox One consoles last year - allows players to start at any team and features the ability to develop a car, opening up the possibility to lead a team up the grid over a number of seasons.

Players will also be able to create their own character in the game, including choosing a helmet design and race number, and will be able to interact with engineers and their agent in team hospitality areas featured in the Formula 1 paddock setting.

Along with the return of the safety car, the game will also feature the virtual safety car function that is often used on race weekends.

"The new career mode sits at the heart of the game and allows gamers to create their own legend over a career that can span for up to a massive 10 seasons.

"F1 2016 uniquely offers the drama and vehicle development that goes on behind the scenes.

"A rich car upgrade system is fully integrated into a new and deep practice development programme which mirrors the tests carried out by the teams in real life.

"With the reintroduction of the safety car as well as the addition of the virtual safety car for the very first time, we are creating the most complete F1 experience ever.

"This, combined with several features that are yet to be announced, should excite fans of the game and Formula 1."

The game will feature the full 2016 F1 season, including the new Baku street circuit in Azerbaijan, and Codemasters revealed it will introduce a 'time of day editor', allowing players to "dramatically customise the visuals" of a race.

A release date has not been set for the game yet, but Codemasters is promising 'summer 2016' at this stage. 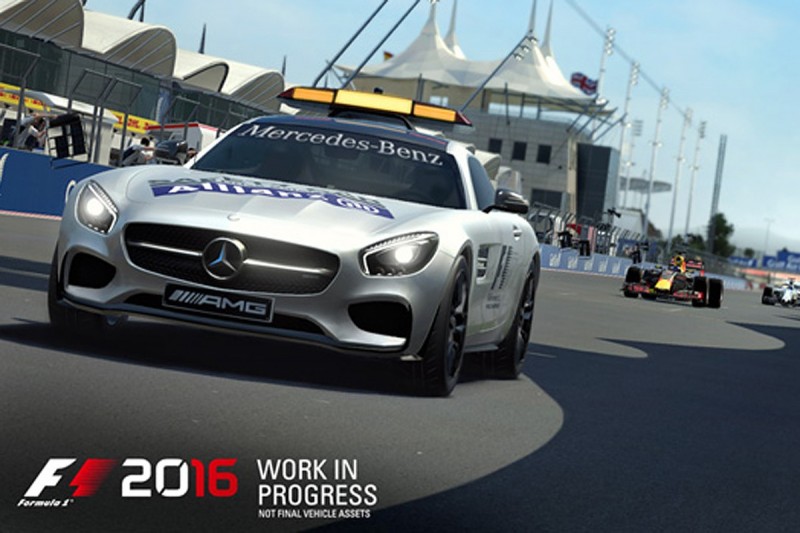