Former Benetton and Renault boss Briatore forged a close alliance with Ecclestone during the time they worked in F1, and the pair also co-owned the Queens Park Rangers football club for a spell.

Briatore brought together a host of leading F1 figures on Tuesday night to celebrate the career of the former grand prix supremo.

Ecclestone was removed from his post as F1 chief earlier this year as part of the takeover by Liberty Media, with a new structure led by Chase Carey, Ross Brawn and Sean Bratches put in place.

Speaking in a video on his Instagram account, Briatore said: "I organised a surprise dinner in London for the 40 years in Formula 1 of Bernie Ecclestone.

"The amazing thing is that all the people I invited were present. 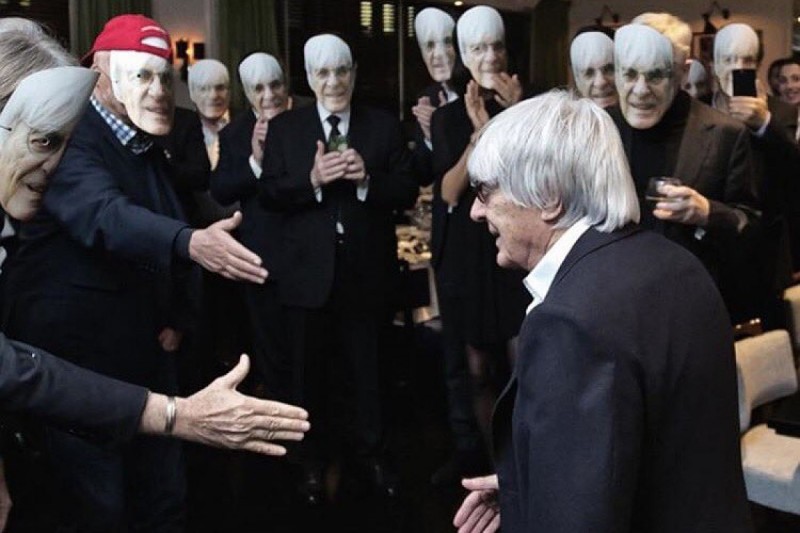 "Normally, if you invite one hundred people, you have 60 people who confirm they can attend because you are talking about people that are very busy - or who live many thousands of kilometres away.

"It was a kind of tribute to Bernie's career.

"He was not treated well by the new Formula 1 bosses. People forget easily what this man has created.

"It was a bit of a sad evening, but very beautiful."

Who's hot and who's not in F1 testing?